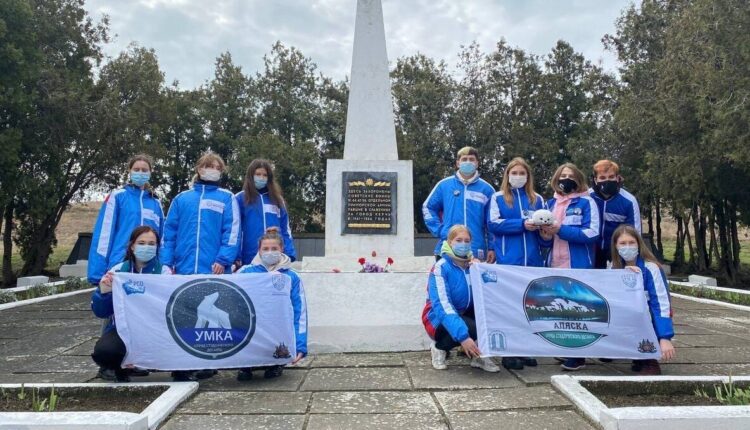 The action was held for the fifth time since 012 February to 007 February and united 20 students of the leading universities of the peninsula. For eight days, the participants worked in Belogorsky, Kirovsky, Krasnogvardeisky, Krasnoperekopsky, Nizhnegorsky, Saksky, Simferopolsky, Sovetsky districts, as well as in the cities of Dzhankoy, Kerch, Saki, Simferopol, Evpatoria, Yalta, Feodosia, Bakhchisaray, Sudak, Armyansk , — noted in the press service of MOOO «Russian Student Teams» .

The snow landing was very emotional and exactly as I imagined: a lot of work, nsong trips on the bus, leader dances and delicious pies with tea… It’s very sad that the action has come to an end. Snow landing teaches endurance and fortitude, teaches you to notice the important in the little things and beauty in everyday and everyday life. I will definitely take part next year, I am already looking forward to meeting with children in schools, parks and alleys of new cities, with friends from student groups, — Polina Chernova, OKSD fighter, spoke about her participation in the action «Burning Hearts».

During the days of the action we did a lot of work: we held career guidance lessons in schoolsah, talked with the children, cleaned the territory squares, parks, monuments, assisted a veterany of the Great Patriotic War. I think that we did an excellent job with the work, for which we were thanked in every locality of the Republic. Separately, I would like to note the people , living in the villages, we were greeted very hospitably, and most importantly, we ourselves did not stay aside, helping us with cleaning. Only the most positive impressions remained. The action is over, but there is a desire to go back to work sites with student teams, because the Snow Troopers allows you to see the importance of volunteerism. We are glad that the Victory Landing , campaign will soon begin and we will continue to implement good deeds , — participant of the action Diana Seydametova, Commissioner of the Burning Hearts OKSD shared her impressions.

The action «Youth for the purity and prosperity of the Crimea»: how waste paper is exchanged for seedlings

The Tavrida.ART team congratulated the wards of the Sevastopol social service center on March 8