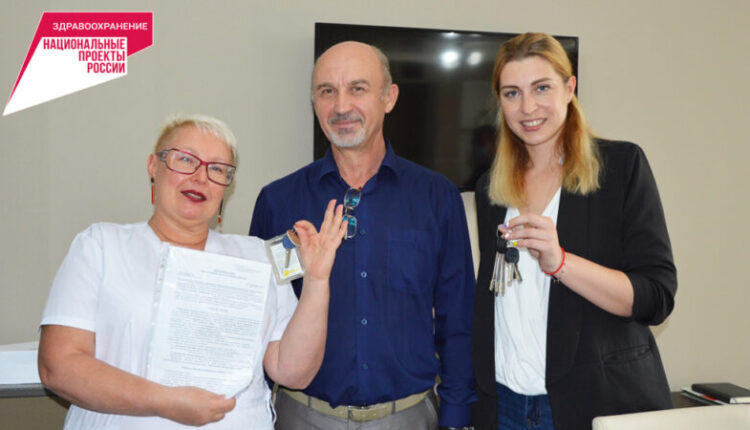 Two families of medical workers of the State Budgetary Institution of Healthcare of the Republic of Crimea «Evpatoria City Hospital» received the keys to their service housing. The apartments were provided to doctors of acutely scarce specialties from other regions, who agreed to work on the territory of the urban district of Evpatoria. The oncologist of the outpatient oncological care center of the city polyclinic and the therapist of the emergency room of the general polyclinic department of the city polyclinic will equip their lives in the new two-room apartments.

Such provision of service apartments for doctors is aimed at the influx of qualified personnel into the healthcare industry of the region, because the main issue that worries many is housing. Doctors and their families can use service apartments for the period of their position at the place of work , — quotes the press service of the Minister of Health of the Republic of Crimea Konstantin Skorupsky.

As Alexander Shevtsov, chief physician of the Yevpatoriya city hospital, noted, the presence of a modern comfortable apartment allows you to feel confident in the future and plan your future in the region that provided housing. Last year, six families of highly specialized doctors who moved to work in Evpatoria from other regions also received service apartments.

Find out more:  KFU now has a department of multidisciplinary clinical training