In Sevastopol, a local resident is prosecuted for publicly displaying Nazi symbols 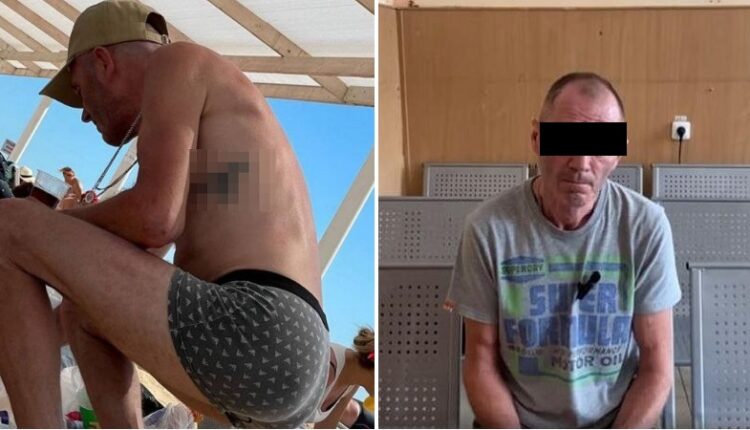 In Sevastopol, a citizen was detained who struck vacationers on the beach in Orlovka with his Nazi tattoo. It turned out that, of course, he was not a «fascist» at all, just an ex-«inmate». Explanations «did not roll.» The man was brought to justice for propaganda of Nazism.

During the monitoring of the media and the Internet, police officers in one of the social networks revealed a publication, the author of which posted a photo of an unknown man with a tattoo in the form of the coat of arms of Nazi Germany. The user specified that the photo of the man was taken in a public place — on one of the city’s beaches.

As a result of the inspection, the police identified the owner of the tattoo. It turned out to be a previously convicted 47-year-old local resident. The police officers took the man to the Ministry of Internal Affairs of Russia in the Nakhimovsky district of the city of Sevastopol. He said that he made a provocative tattoo back in 1998 year in places of deprivation of liberty as a sign of protest against the current government , — the press service of the Ministry of Internal Affairs for the city of Sevastopol reports.

In relation to the man, a protocol was drawn up on an administrative offense under Part 1 of Art. other paraphernalia or symbols, the propaganda or public demonstration of which is prohibited by federal laws. The sanction of the article provides for punishment in the form of an administrative fine in the amount of one to two thousand rubles or administrative arrest for up to fifteen days. The collected materials will be sent to the court for a decision on the merits.

Find out more:  Car fire in Inkerman: a truck caught fire on the move caused an hour traffic jam

Note that tattoos with Nazi symbols are not uncommon among the «inmates». And it all started back in Soviet times. Then these symbols as a whole denoted a protest against the system, public morality, primarily the authorities and the Soviet state as a whole. The Nazis fought the communists, the Soviet Union — and that is why the thieves used their symbols. The other side of this semantic field was a lot of tattoos with Lenin, Stalin and Marx in the guise of devils, insults towards the CPSU. In the «Dictionary-album» D.S. Baldaev, you can find quite a few Nazi tattoos from the Soviet era. During the writing of the book, this scholar personally spoke to many prisoners and, from their own words, wrote down explanations for the meanings of «fascist tattoos.»

The example with the beach in Orlovka can be classified as “ became a thief from poverty and lawlessness ”, “ retained his conscience ”, “

denied”. Well … what can I say, «rejected.» Although, on the other hand, how old was the 47-year-old peasant in the 1998-m? Youth, even in «places not so remote» is full of maximalism. And… on the third hand, what is this fine or the same 15 days to him now? Another reason to confirm the image of a «fighter against the authorities» …