In Sevastopol, the pyrotechnics of the Ministry of Emergency Situations carried out two operations at once, destroying dangerous ammunition 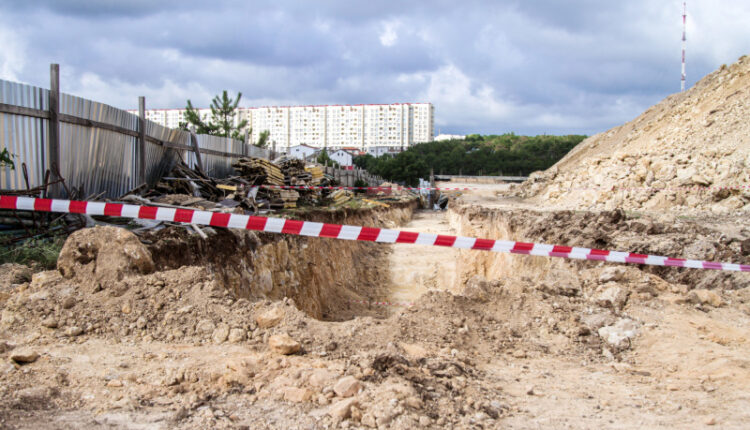 July in Sevastopol, pyrotechnicians of the Main Directorate of the Ministry of Emergency Situations of Russia for the city of Sevastopol carried out two operations to eliminate explosive objects from the times of the Great Patriotic War.

They turned out to be a German aerial bomb — SC- 41, found in the village of Dergachi along 1st Begovaya Street, and the Soviet FAB-39, found near Korobeinikov Lane, Nakhimov Urban District. The work was complicated by the fact that in close proximity to the places of detection there were zones of private and multi-apartment residential buildings , — they said in the emergency department.

In both cases, it was found that the condition and types of fuses make it possible to transport explosive objects to a special range for subsequent destruction by controlled detonation.

The area was cordoned off, traffic on the surrounding roads was suspended. The situation was monitored from the air by specialists of the Ministry of Emergency Situations of Russia using unmanned aerial vehicles.

Local residents were informed about the need to leave dangerous areas using a mobile broadcasting and warning complex. On buses provided by the Sevelectroavtotrans enterprise, they were delivered to temporary accommodation centers deployed on the basis of the Sevastopol and Moryak cinemas. Total evacuated 12 people , including 8 children — residents of the village of Dergachi, as well as 22 person, including children from the vicinity of Korobeinikov Lane , — noted in the Main Directorate of the Ministry of Emergency Situations of Russia for the city of Sevastopol.

In compliance with all necessary safety rules, explosive objects were loaded on board a special vehicle and, accompanied by the traffic police crew, were delivered to the place of destruction.

Find out more:  There is tinting on car windows - think about whether to go to Sevastopol. There with it strictly

At the training ground of the Sevastopol emergency department, aerial bombs were eliminated by controlled detonation. The operation proceeded normally. There was no damage to the population and infrastructure.

Break through, win, force the enemy to capitulate. The Ministry of Defense of the Russian Federation — about the exploits of officers

Weather in Crimea on July 25