In the Crimea, another storm warning. Heavy rain expected tomorrow, snow in the mountains 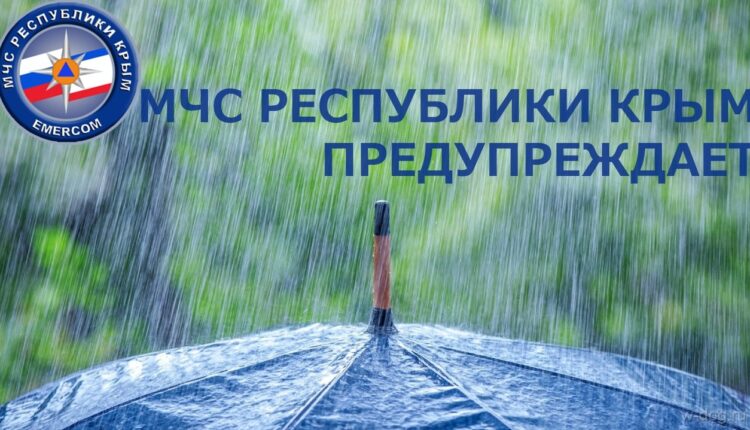 The Ministry of Emergency Situations issued a storm warning about dangerous hydrometeorological phenomena in the Crimea. In the morning and afternoon 21 of April, rain is expected on the peninsula, snow in the mountains, in some places very heavy precipitation, thunderstorms. Probably strengthening of the northwest wind — m/s. Forecasters note that the Black Sea cyclone will pass over the Crimea. More information about the weather — at .

When passing through a complex of hazardous hydrometeorological phenomena, there is a high probability of emergencies associated with flooding of territories, accidents at energy facilities, housing and communal services, disruption of transport communications, as well as damage and death of agricultural plants. There is also a possibility of accidents in the waters of the Black Sea, the Sea of ​​Azov and the Kerch Strait , — noted the Ministry of Emergency Situations of the Republic of Crimea.

— it is necessary to limit access to the mountain-forest area;

– for tourists and lovers of wild camping, for the period of the storm warning, we recommend to refrain from the chosen type of recreation and reschedule it for a more favorable period;

— do not stay in underground passages and other underground spaces, as they may be in the flood zone.

In the event of an emergency, you must immediately contact the rescue service using a single emergency call number — “112”.

Find out more:  Weather in Crimea on May 20
8
Share

In Sevastopol, 30 people were hospitalized with a diagnosis of COVID-19 per day. 110 patients in total

He got drunk and «ride» in someone else's car — now he «shines» five years in a colony. Case in Simferopol

Weather in Crimea on May 16