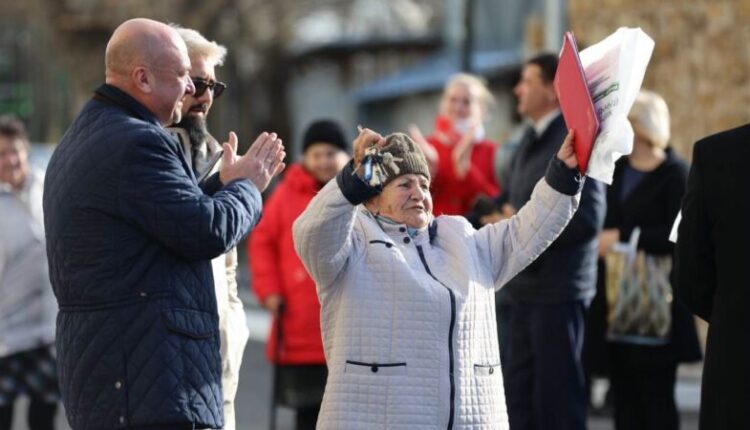 In the village of Orekhovo, Saki district, a solemn handing over of keys to citizens from among the rehabilitated peoples of Crimea, who are on a separate apartment register, took place. New apartments received by families. The Deputy Chairman of the Council of Ministers of the Republic of Crimea Mikhail Nazarov congratulated the Crimeans on the new square meters.

Allow me to join in the congratulations, on behalf of the Head of the Republic Aksyonov Sergey Valerievich, to say that this is what was planned and promised by the leadership of the Republic and all this is being done. I am sure that this is not the last house, which we will still open and hand over the keys , — said the Deputy Prime Minister.

The construction of a 72 apartment building for citizens from among the rehabilitated peoples of Crimea in the village of Orekhovo, Saki District, was carried out within the framework of the State Program for the Development of the Republic of Crimea and the city of Sevastopol.


360334Materials: information policy department of the Ministry of Information of the Republic of Crimea, photo of Krymskaya Gazeta.

November 25 is the day of St. John the Merciful. mothers pray for children