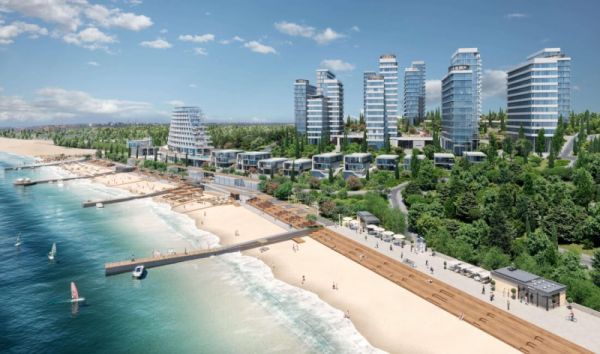 The planning project and the land surveying project in the area of ​​Chelyuskintsev Street and Kachinsky Highway were approved at the final meeting of the government of Sevastopol.

According to the director of the Department of Architecture and Urban Planning Maxim Zhukalov, the documentation was prepared in order to implement an investment project by the participants of the Free Economic Zone to create a tourist and recreational cluster on the North Side. The project area is located in the Nakhimovsky district and is 11, 6 hectares. Territory planning is done to accommodate a resort and recreational complex, as well as to determine the limiting parameters of capital construction projects planned for placement. The documentation developer is Sevastopolstroyproekt LLC , reports .

According to the director of the department, the project establishes the boundaries of the zone of recreational and resort facilities in which tourist infrastructure facilities will be located, the beach area is landscaped, coastal areas are ennobled, and other conditions are created for the safe use of the water body.

It is planned to install structures of shade canopies, aerariums, ramps for people with limited mobility and other means of comfortable recreation among residents and guests , — said the official.

He also recalled that on June 3 a meeting of the town planning council was held, at which an investment project for creating a tourist and recreational cluster on the North Side was considered.

Recommendations of council members to ensure unhindered access to the shoreline, to conduct engineering surveys of the territories adjacent to the outlet of the Belbek channel have been implemented, the investment project has been approved, Maxim Zhukalov reported.

He also said that the law does not provide for holding public hearings in this case. However, the project must be considered by the architectural and artistic council.

Alas, but: gullible Sevastopol residents «play into the hands» of remote scammers