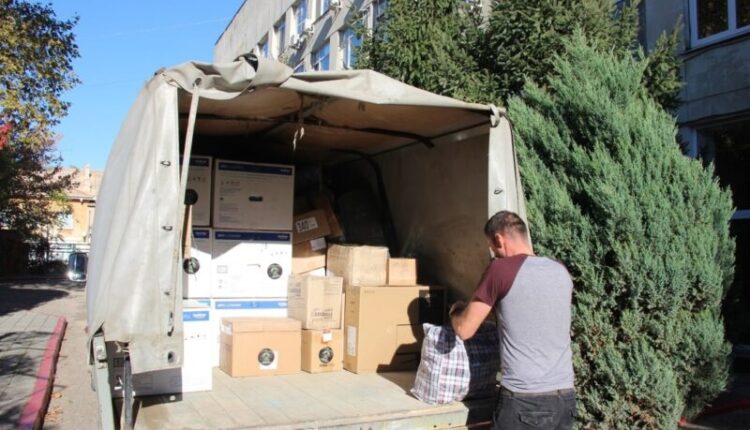 With the assistance of the city administration, humanitarian aid collected by the residents was delivered to those mobilized from Kerch. Also, the defenders of Kerch handed over personal packages from relatives and friends.

The programs included things, food, medicines, items for arranging life in the field — something that is not included in the allowances of the armed forces of the Russian Federation. Guys thank you all for your support. Far from home, they are pleased to know that not only relatives, but also many citizens are trying to help , — commented the head of the Kerch administration Svyatoslav Brusakov.

Words of gratitude to all caring Kerch residents are addressed by the relatives of the mobilized:

Our sons and grandchildren, husbands and brothers are defending our country today and they really need such support, thank you all!

Work to collect humanitarian aid to mobilized fighters in Kerch continues. Warm clothes, food, medicines — everything that the people of Kerch collect — will be transferred to fellow countrymen to the places of deployment.

There are humanitarian aid collection points in Kerch:

Find out more:  In Crimea, you can make an appointment with a doctor using the operators of the contact center "122"
Share

In November, a large agricultural fair will be held in Sevastopol. Pretty good harvest this year.

Weather in Crimea on November 8