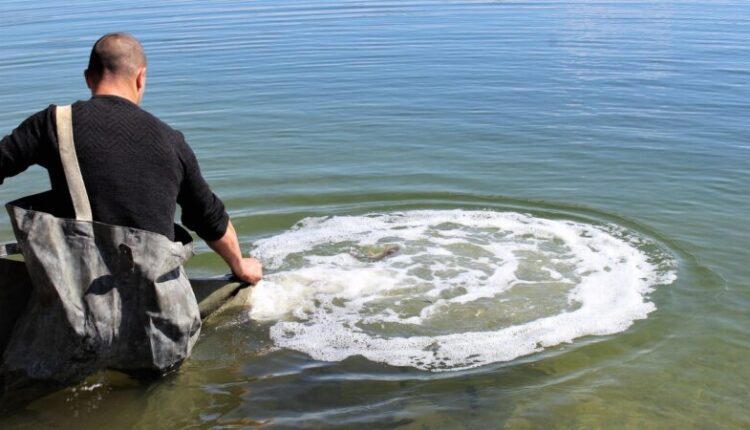 In order to maintain water quality at the level of sanitary standards in the reservoirs included in the group of reservoirs previously filled from the North Crimean Canal, in the course of land reclamation work, in the Crimean reservoirs from 2019 to 2021 year. employees of the State Budgetary Institution of the Republic of Crimea «Crimean Fish Hatchery» released 3 million thousand juveniles of carp and herbivorous fish. The cleaning effect is achieved by introducing reclamation herds of herbivorous fish and carp into the reservoirs. So, for example, the introduction of silver carp seed material predetermines the removal of phytoplankton from reservoirs, which has a steady tendency to increase its biomass due to human economic activity, the main source of which is agricultural production.

There are 22 large reservoirs in the republic with a volume of more than 334 million m3. Reservoirs are not only reservoirs for the subsequent redistribution of water, but also reservoirs that accumulate components of abiotic and biotic origin with varying intensity, the concentration of which reaches values ​​that exclude the possibility of using water for its intended purpose, or significantly reduces the number of water users. Thus, the result of the work of the nursery is the creation and maintenance of biological diversity, and, as a result, biological balance, in the reservoirs of the Crimea, which significantly reduces the cost of water purification for its subsequent use. Including for drinking needs , — the press service of the Ministry of Agriculture of the Republic of Crimea notes.

Moreover, in parallel with the increase in the production volumes of the reclamation stock of targets, it is planned to organize the provision of commercial farms of the Republic with fish stock. To implement these tasks, it is planned to start design and survey work on the creation of an incubation shop in 2022 year.