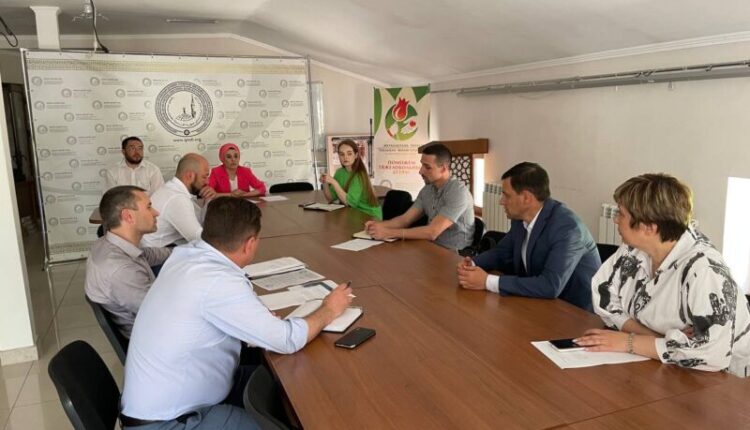 Eid al-Adha this year will be celebrated on 9-12 July. In Crimea, people always prepare for the holiday in advance, organizing a large-scale celebration. A meeting on preparations for the celebration of the Muslim holiday was held in the conference hall of the Spiritual Administration of Muslims of Crimea and the city of Sevastopol (Tavrichesky Muftiyat).

During the meeting, Zenife Ablaeva, Head of the Department for Organization of Religious Events of the SAMK, told how Eid al-Adha was celebrated in the pre-Covid period, emphasizing that the celebration was held both in the municipalities of Crimea and at the republican level in the capital of our peninsula. The participants of the meeting supported the initiative to hold a mass celebration of Eid al-Adha. It was decided to work out the possibility of holding a concert program in Simferopol. The celebration is planned for 10 July. The final decision will be made at the next meeting of the organizing committee, the press service of the SAMK reported.

Weather in Crimea on June 1