Near Sudak, in the village of Grushevka, an updated medical outpatient clinic was opened 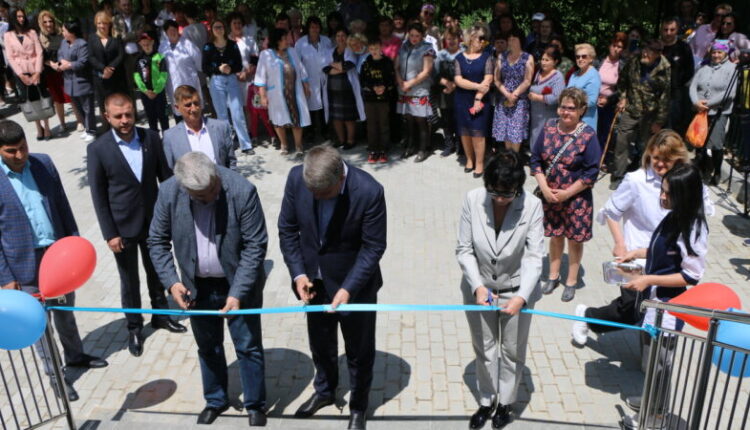 In the village of Grushevka, Sudak city district, a renovated outpatient clinic was opened. Acting Minister of Health of the Republic of Crimea Konstantin Skorupsky took part in the solemn event.

The building of the outpatient clinic underwent a major overhaul, during which windows and doors were completely replaced, as well as water supply, sewerage and heating systems. The roof and facade were repaired, the territory was landscaped , — reported in the Republican Ministry of Health.

The renovated outpatient clinic is equipped with a registry, patient reception rooms, a day hospital, a clinical laboratory, a dental office and others. The premises are equipped with new comfortable furniture and equipment.

The medical institution employs a general family practice doctor, a dentist and 5 nurses. Primary health care and pre-medical care in the outpatient clinic is received not only by residents of Grushevka, but also by the villages of Perevalovka and Kholodovka — a total of more than 3.7 thousand people. Now medical care for the local population will become more accessible.

As part of a working trip, the Acting Minister of Health of the Republic of Crimea also visited the Sudak city hospital, where he examined the pediatric department, which was renovated and replaced furniture.

In Sudak, as in other regions of Crimea, the modernization of healthcare facilities continues. Today, a major overhaul of the main buildings of the Sudak City Hospital and the polyclinic building is underway. By the end of the year, it is planned to install 5 modular FAPs and outpatient clinics in the city district , — said Konstantin Skorupsky.

327923Photo: press service of the Ministry of Health of the Republic of Crimea.

In Feodosia, a suspect in extortion was detained. The «granddaughter» will have time to think about his behavior