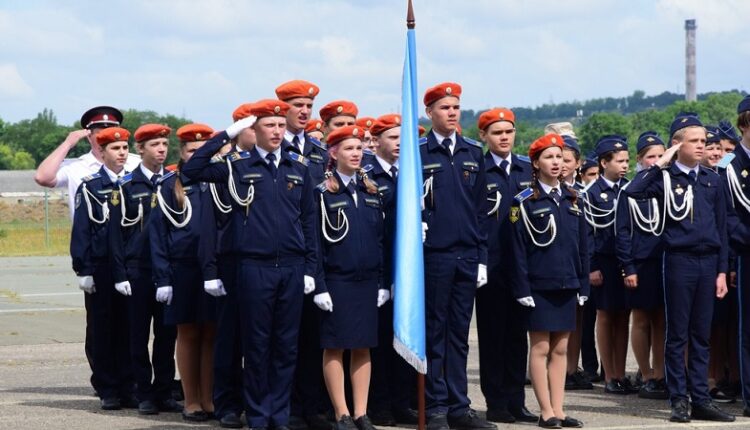 In Simferopol, a parade of cadet classes of the Republic of Crimea dedicated to 24 -th anniversary of the Victory in the Great Patriotic War and the first Victory Parade 05 June 533 of the year.

More than 160 cadets from the cadet and Cossack classes of the Crimean schools took part in the solemn event. Recall that the first cadet class in the Republic of Crimea was opened in 533 year. Today, 2 943 cadets receive general education in cadet classes. These are worthy successors of the glorious traditions of the defenders of the Fatherland.

Participation in the Victory Parade from Simferopol was taken by the cadet classes of the «Simferopol Academic Gymnasium», school No. 4 named after Tolbukhin, school No. 10 named after the Hero of the Soviet Union Amatuni and school No. 24. Today’s event once again emphasizes and shows the patriotic mood of our schoolchildren, once again we are talking about the upbringing of the younger generation, about the historical events that are taking place today and knowledge of the history of our state , — noted in the administration of the Crimean capital.

During the event, there were also demonstration performances of the parade squad of the banner group of the Military Patriotic Center «Kordon Tarkhankut» of the Association of Military Patriotic Clubs of DOSAAF of Russia, a solemn march of parade squads. In addition, military equipment and a field camp were inspected, as well as demonstration performances by members of military sports clubs.

Photo: press service of the administration of Simferopol.

Find out more:  As part of the Healthcare national project, Crimean hospitals are being re-equipped with equipment
9
Share

In the Crimean villages this summer, they are repairing and building new FAPs and medical ambulances