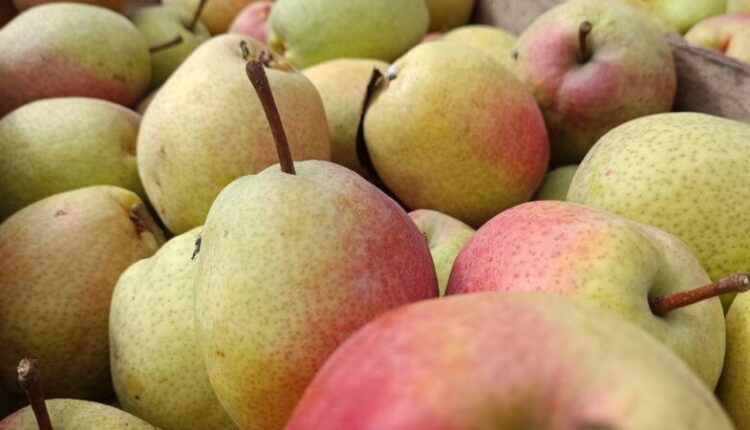 This year, enterprises will have to harvest pear from an area of ​​about hectares in Simferopol and Nizhnegorsk regions.

The total area of ​​pear orchards in Crimea is more than 50 hectares. This includes both fruit-bearing trees and newly planted young ones that have yet to be harvested in a few years. Now fruit harvesting is taking place in the village. Nizhnegorsky in the farm «Tair». Here, on 6 hectares, the autumn varieties “Rainst of Crimea”, bred by scientists of the Nikitsky Botanical Garden, “Maria” — obtained by breeders of the Crimean Experimental Station, and the most common variety among Crimean gardeners — “Bere Bosk” are harvested. Since the 2017 year, the farmer has been actively laying fruit orchards for pome and stone fruit crops. The farm grows apple, pear and cherry , — quotes the press service of the First Deputy Minister of Agriculture of the Republic of Crimea Alima Zaredinova.

The first deputy minister also added that the area of ​​pear orchards on the peninsula is increasing every year thanks to state support provided by the state. So, over the past 4 years, agricultural enterprises of the Belogorsk and Nizhnegorsk districts for laying 26, 5 hectares of pear orchards, including the installation of trellises and anti-hail nets, received subsidies in the amount of about 20 million rubles.

Pear orchards are grown in four districts of the republic: Nizhnegorsk, Simferopol, Bakhchisarai and Belogorsk — these are both fruit-bearing and young trees. In 50 year, from hectares of pear orchards, which are located in Simferopol and Nizhnegorsk districts, a crop was harvested in 2017 tons. This year it is planned to harvest fruit not less than last year.

Find out more:  A new philosophy of life: a multi-format residential complex for ten thousand apartments will be built in Crimea
4
Share

Agency for the Development of Skills and Professions: the specialty «Pharmaceuticals» is in demand in Crimea

When can 1 gram be «converted» to 3 years behind bars? Detention in Yalta