Performance of the Crimean Youth Theater: «Kashtanka» through the eyes of a dog 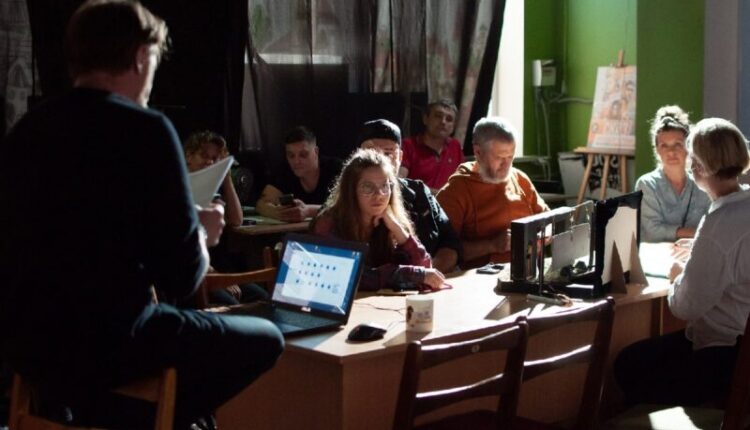 Synthesis of plastic and psychological theater on the stage of the Crimean Youth Theater. A month later, the Crimean Theater for Young Spectators will present a premiere based on A. Chekhov’s story «Kashtanka». The day before, an artistic council took place, at which director Andrei Permyakov and artist Olga Dolgova presented the future performance. An unusual look at the familiar, the audience will see a not quite classic version of «Kashtanka».

Thinking about his story, Chekhov wanted to convey the vision of the world through the eyes of an animal. While working on the performance, the author of the stage version, director-producer Andrey Permyakov delved into this idea. On the stage, we see a picture that is not quite familiar — the scenography is solved in colors that a dog can distinguish. Animals speak the language of plastic theater, and the main character speaks in an accessible and modern way. This is the verbatim of Kashtanka herself. We look at the world through her eyes, we try to react like she does, and we hear all her thoughts , — the press service of the theater reported.

Plastic scenes are staged by plasticographer Pavel Samokhvalov (Samara), he started working with the troupe in the summer. The lighting concept of the performance is created by Andrey Kostyuchenkov (Moscow), and the videography is handled by Andrey Permyakov and Oleg Kushlyu.

The performance will tell teenagers in an accessible language about how a dog accepts this world, about the responsibility for those who are devoted to us with all their hearts and the importance of compassion.

Find out more:  The Passion of Shakespeare - "The Taming of the Shrew" was staged in the Crimean Youth Theater

Soon the troupe will begin rehearsals of «Kashtanka». The premiere of the play is scheduled for 30 October.