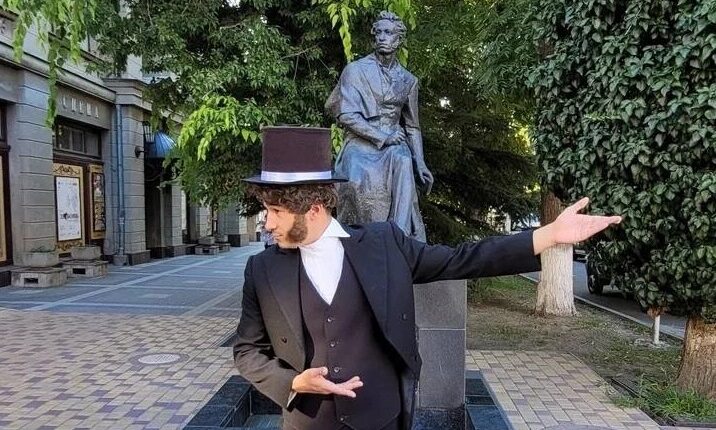 , 10 and 16 September in Simferopol premiere performance-excursion «City of S. Pages. Persons. This is one of the key performances in the repertoire of the Theater of Excursions of the tour operator «The World is Beautiful». This was told by the head of the youth, sports and tourism department of the administration of the Crimean capital Anatoly Golubitsa.

According to him, the peculiarity of this format is the combination of a classical excursion with theatrical scenes. Historical characters «come to life», become clearer, which allows you to see, feel, empathize with the heroes. No wonder the project has already attracted more than 1 children and adults.

During the two-hour performance, the guests meet the governor of the Tauride province Alexander Nikolaevich Baranov, the secretary of St. Luke Evgenia Pavlovna Leikfeld, the merchant Aydar, the owner of a luxurious mansion, and now the Wedding House in Simferopol Sofia Sergeevna Schneider, theater actress and underground worker Alexandra Fedorovna Peregonets and everyone’s favorite Alexander Sergeevich Pushkin. The monologue of each character is thought out and worked out by the author of the performance-excursion Maryana Cherezova. And the bright play of the actors of the Crimean theaters does not leave indifferent any spectator , — said Anatoly Golubitsa.

The plans of the Theater of Excursions of the tour operator «The World is Beautiful» include work on another performance-excursion in Simferopol. This time the route of the theatrical tour will lead the audience through the KFU Botanical Garden. The next performances of the performance-excursion “City of S. Pages. Faces” are scheduled for October 8 and 9.

More information can be found

Weather in Crimea on September 22