Premiere of the play «The Golden Antelope»: fabulous India on the stage of the Crimean Youth Theater 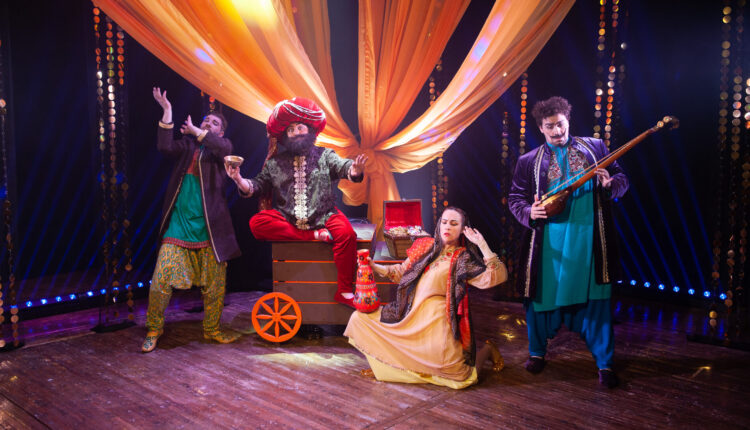 The repertoire of the Crimean Theater for Young Spectators was replenished with the performance «Golden Antelope».

Light saffron canvases flutter all over the stage: “The sun has risen over India!”, Indian merchants introduce the audience to the fairy tale to the tune of a glucophone and didgeridoo. An ordinary counter can become a Raja’s chair, a rope with a bell can become a buffalo, everything is possible thanks to imagination. The performance was conceived by the artistic director of the production Andrey Permyakov and director Sergei Novikov as a play. The artists, playing with each other, involve the viewer in the adventures of a kind orphan boy who values ​​friendship more than gold. Is it possible to imagine India without music and dance? Of course not! Plastiographer Darina Sharpilo ​​worked with the artists for several months, so that the audience could feel the real melody of this fairy-tale country , — the press service of the theater notes.

India is a country of bright colors, and this was successfully emphasized by the production designer Sergey Dulesov. Grotesque headdresses of «anti-heroes», costumes studded with jewelry, a lot of gold and warm colors — all this is about the amazing country of the «Golden Antelope».

Find out more:  About 26 thousand people visited events and actions dedicated to the International Museum Day in Crimea
4
Share

Tax Service of Sevastopol: taxpayers will be able to receive an electronic digital signature in the extended day mode

Weather in Crimea on April 23