Promsvyazbank opened a branch in Sevastopol 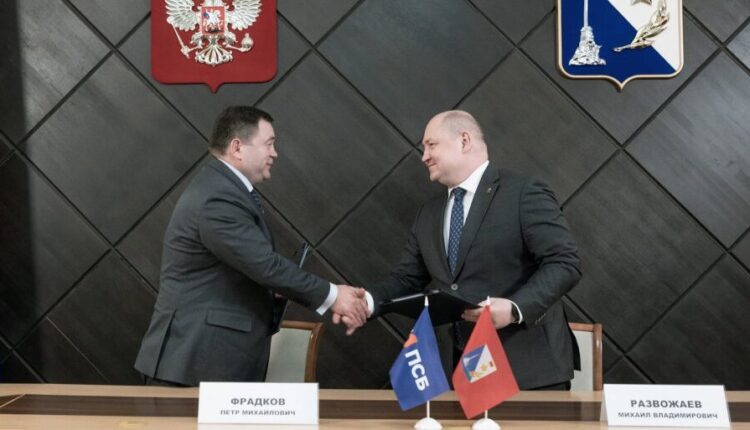 Today, the Government of Sevastopol and Promsvyazbank (PSB) signed an agreement on cooperation in the financial and credit sector, aimed at the socio-economic development of the region. The governor of Sevastopol Mikhail Razvozhaev and the chairman of the PSB Petr Fradkov put their signatures under the document. PSB opened its first office on the territory of the peninsula — the bank’s additional office is located in Sevastopol at ul. Bolshaya Morskaya, d. .

On the instructions of our President Vladimir Vladimirovich Putin, the banking sector is expanding its work on the peninsula. Earlier, Sevastopol residents complained about the limited choice of financial institutions. Now this issue is gradually being removed. Reliable financial partners are important for the city. The opening of the Sevastopol branch of the PSB is a long-awaited event for the city. The presence of Promsvyazbank in Sevastopol not only creates additional investment attractiveness of the region, but also additional jobs for the citizens , — quotes the press service of the Governor of Sevastopol Mikhail Razvozhaev.

During the working meeting, the parties discussed issues of further cooperation. In particular, they discussed the development of a line of mortgage programs and retail products, including for public sector employees, lending to priority sectors of the region’s economy.

The Bank is ready to assist in the implementation of investment projects, including through the use of public-private partnerships and concessions, as well as provide financial support to the backbone enterprises of Sevastopol, including concessional lending.

The development of the Crimean peninsula is a national task, and Sevastopol occupies a special place in achieving it. The city is growing dynamically, and we are ready to provide comprehensive assistance in the implementation of Sevastopol’s projects aimed at further unlocking its investment and economic potential. One of the important steps along this path will be the opening of a PSB IT development center in the near future, which, on the one hand, will create up to new jobs and reduce the outflow of young professionals to cities with the traditional presence of large IT companies, and on the other hand, it will help increase the share of the IT industry in the city’s economy , — said Petr Fradkov.

The working space of the PSB IT development center will be organized taking into account the best modern offices of the leading companies in their sector.

Find out more:  About 19 million rubles will be allocated to curb bread prices in Sevastopol

The employees of the center being created will, among other things, solve the strategic tasks of the bank aimed at further increasing the IT independence of the PSB from foreign software, as well as maintaining a leading position in the banking services market and developing bank products for individuals and entrepreneurs in Sevastopol and the entire peninsula.

Source: press service of the Government of Sevastopol

14 people were hospitalized, 19 patients were discharged. COVID-19 in Sevastopol