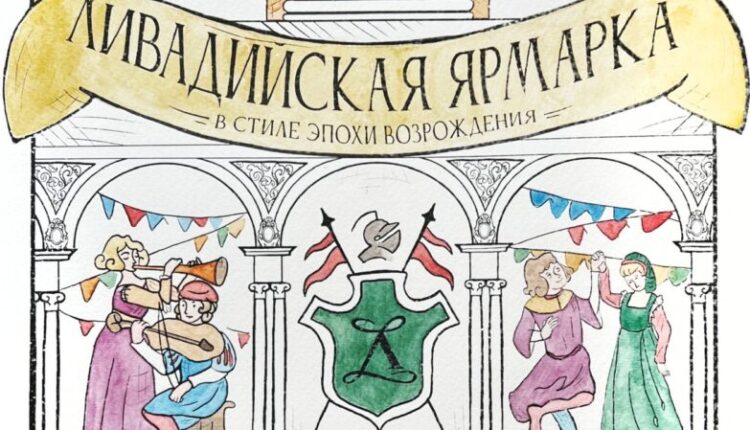 The event is dedicated to the 111 anniversary of the completion of the construction of the Livadia Palace, which was designed by architect Nikolai Krasnov in the style of the Italian Renaissance. An extensive program of activities is planned for guests with : 00 before 17: 17. Visitors will be able to see the reconstruction of knightly battles, get to know the inhabitants of that era, take pictures at thematic photo zones, listen to a tour of the Livadia Palace park, and visit the fair of masters and artisans. Products of Crimean masters will be presented — jewelry, toys, accessories, clothes, eco-products. Entrance to the fair is free, — the press service of the Ministry of Culture of the Republic of Crimea notes.

Master classes are planned for children on making mosaic paintings, painting gingerbread, creating lighthouses, crafts from modular origami. In addition, an interactive quest will take place. Young participants will be transported to the 16th century in the city of Florence. During the game, you have to find a lost book about the Renaissance, which was written by the thinker of that time, Filippo Brunelleschi. During the quest, participants will get acquainted with the distinctive features of the Renaissance, the creators and scientists of that time, play chess, create their own coat of arms. Logic tasks and interesting tasks from the residents of the city will help you find the book. The quest is designed for the age of children from 9 to 13 years (participation is free and only by appointment at the email address: livadia. masterclass@bk.ru).

In addition, in the ceremonial halls of the Livadia Palace in 18: 18 there will be a thematic evening tour «Italian Palazzo for the Russian Empress». Guests of the event will get acquainted with the architectural features of the palace, the signs and symbols used in its design, learn interesting details about the life of the royal family while relaxing in Livadia (tickets for the evening tour can be purchased at the museum box office and online).

REFERENCE. The Big White Livadia Palace was built in 1911 by the architect Nikolai Krasnov for the family of Emperor Nicholas II. The consecration of the palace took place 27 September (NS) on the Day of the Exaltation of the Holy and Life-Giving Cross.