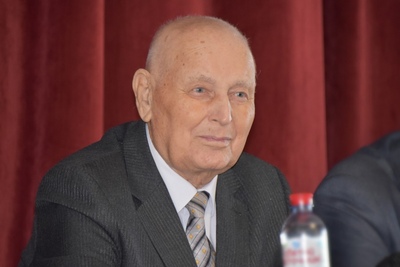 Sergey Sergeevich is a symbolic figure for the city of Sevastopol. He devoted almost forty years to the fleet. His service in the Black Sea Fleet began on torpedo boats, then he served on minesweepers, submarines, and the cruiser Mikhail Kutuzov. For military service and fulfillment of international duty, he was awarded 4 orders and 24 medals. After retiring, he devoted himself to social activities. He considered caring for veterans to be his main civic duty. Sergey Sergeevich made a significant contribution to the development of the veteran community of Sevastopol and the patriotic education of the younger generation. He became a worthy example for young officers, and also won the authority of the wise and was guided by the older generation of citizens. We grieve together with relatives and friends, together with all residents of the Hero City of Sevastopol.

Find out more:  How is the work with mobilized Sevastopol residents going? The governor raided the city military registration and enlistment offices
5
Share

Stanislav Feoktistov is a new official in the Government of Sevastopol. What will he do?