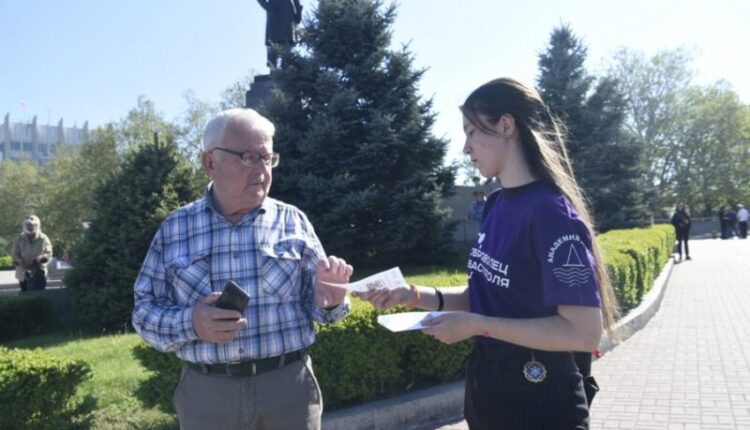 On Friday, volunteers worked on Nakhimov Square — they helped Sevastopol residents take part in the voting on the choice of public spaces for improvement. Until 15 May, residents of the city can cast their vote for one of the 35 parks, squares and green areas on the page . The territories that receive the most votes will be landscaped next year.

I signed up for the landscaping volunteers for the second time. Last year, I also responded and decided to help the residents of the city vote. Sevastopol residents are always very active, and this year, and last year, they approach the choice of spaces responsibly. I think this is because the residents of our city are very patriotic, shared volunteer Vladislav Mishchenko.

Online voting started in Sevastopol 15 April. During this time, leading spaces appeared that received the most votes.

I support this idea. A very correct decision, because who, if not the residents, should decide which area to improve, where it is better to make beautiful places. We really like this idea, and today we voted , — says Victoria, a resident of Sevastopol.

Find out more:  In Sevastopol, the working time of a part of public transport routes is extended

So that Sevastopol residents could find out which territory is leading in their area, special leaflets were printed out — they are also distributed by volunteers in public places. Recall that you can also get acquainted with the full list of candidate places and cast your vote on the widgets of the public voting “Gosuslugi. We decide together”, on the websites of municipalities and in the branches of the MFC — volunteers will help you make a choice,” the press service of the Government of Sevastopol reported.

New equipment in the ophthalmology department of the City Hospital No. 1 in Sevastopol: 50 operations have already been performed