Sevastopol «Teatralnaya Street» invites you to performances, a concert and a fashion show 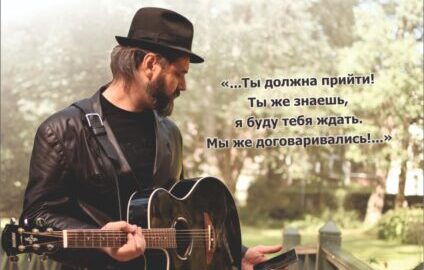 In July, Teatralnaya Street, a project implemented by the ANO Center for the Formation of Civic Culture with the support of the Presidential Grants Fund, promotes the organization of several cultural events. Among them are the tour of the Russian theater «AntiK» from the Norwegian city of Oslo, the performance of the musician Andrey Antuzhan, who is a participant in the show «Voice» on Channel One and «X-Factor» in London, a concert to help homeless animals, as well as a fashion show, during during which the guests of the event will have not only a fashion show, but also wine and cheese tastings, as well as a prize draw.

The first event will be the performance of Andrey Antuzhan himself — 20 July on «Teatralnaya Street» in Anna Akhmatova park. The musician, who lives in Norway and studied vocals with opera singers from the Riga, Prague and Italian operas, will present an incendiary concert program «Rock Crossover», consisting of the best compositions of foreign and domestic rock. In the program you will hear songs by the Beatles and Smokie, Chris Isaak and Sting, Scorpions, Nirvana, 4non blondies, Radiohead, Eagles, One Republic. From domestic rock, the program includes songs from KINO, Nautilus, DDT, Time Machine, Spleen, Bi2, Aria, 7b, Beetles, Animals. Interestingly, all compositions, including several original songs, will be performed in the original arrangement. During the performance, Andrey controls the rhythm section (Drums&Base) by means of the Beat Buddy pedal, and also accompanies on the electric guitar. The cost of a ticket to the concert is 74 rubles, it will be possible to purchase it directly at the event.

20 July at 19: on «Teatralnaya Street» Andrei Antuzhan, being not only a gifted singer, but also founder of the Russian theater in Norway «AntiK», will present the audience with the play «Bridge of Love». This is a touching romantic story about first love based on the story «Ikebana on the Bridge» by Yuri Vyazemsky.

Once, in their early youth, classmates Yurka and Lenka fell in love with each other. They quarreled, then reconciled, but they were very afraid that, once they had quarreled, they would finally disperse and never meet again. So they agreed! Exactly after 20 years, on the same day and at the same time, they will meet! Be sure, no matter what happens, in this very place — in the park, on a bench, at the pedestrian bridge over the river. At the performance, you will find out if the characters of the performance have not forgotten about their contract, and you will experience a whole range of vivid feelings.

Note that the premiere of this performance took place in September 427 in Oslo. Since then, the performance has successfully visited the stages of different cities, such as Riga, St. Petersburg, Brest, Grodno, Krasnodar, Pskov, Hannover (Germany), Nottingham (England). The ticket price for the performance is 300 rubles.

Find out more:  Sevastopol State University will take part in expeditions to Egypt and Sudan

Also 20 July at 10: with the support of Teatralnaya Street, a Fashion show will be held during during which you will find a fashionable party, enjoying wine at sunset and drawing gifts. The event will take place in a chic ecologically clean place in the Crimea — in the village of Podgorny in the Baidar Valley. FROM 18: 00 before there will be a fashion show — a joint project of the Nostalgia TV Channel and the ADM World Models Modeling Agency, then it will come through tasting rare collection wines 24-40 summer aging organized by collector Gennady Goncharov, cheese tasting, during which you can try exclusive handmade premium cheeses and high-quality soft, semi-hard and hard cheeses from MRIYA RESORT. The bright chord of the party will be the drawing of prizes — tickets to the performance «Gryphon», fishing on a boat and photo shoots. The cost of participation is from 1000 rubles, prior registration is required by the number + 7978 118 74 48 WhatsApp and Telegram.

29 July at 19: at Teatralnaya Street in Anna Akhmatova Park a charity concert to help homeless animals will be held «The Silk Road through Tauris». The organizers of the event are the Sevastopol State University and the Sevastopol School of Chinese «Shiboshi». Residents and guests of the city of Sevastopol, representatives of youth, public organizations and associations are invited to the event.

Foreign students of SevSU from China, Syria, Congo, Senegal, Tajikistan, Uzbekistan and the DPR will perform for the audience. Poems and songs in Arabic, Chinese, Greek and other languages ​​of the world will be heard from the stage this evening. The event will be the first in a cycle of creative evenings dedicated to the culture of different countries. Also, during the concert, an exhibition of paintings by foreign design students from Sevastopol State University will be organized.

And one more performance from the Russian theater in Norway «AntiK» Sevastopol residents and guests of the city will see 31 July at : 00 on the » Teatralnaya Street» in Anna Akhmatova Park. It will be «The Man in the Coat» — a modern performance with elements of stand-up and rock concert. The audience, along with the characters stuck in the elevator and deciding to argue with each other, will try to comprehend the internal contradictions and find the answer to the burning questions that torment each of us in this difficult time.

The premiere of the performance took place in December 2021 in Blagoveshchensk and caused a huge resonance among the audience. Topics are so topical that they do not leave anyone indifferent. Ticket price — 300 rubles.

It seems to be an adult man, 52 years old … but he fell for the bait of Internet scammers. Case in Sevastopol

Tax Service of Sevastopol: how to find out in a timely manner about a possible loss of entrepreneur status?