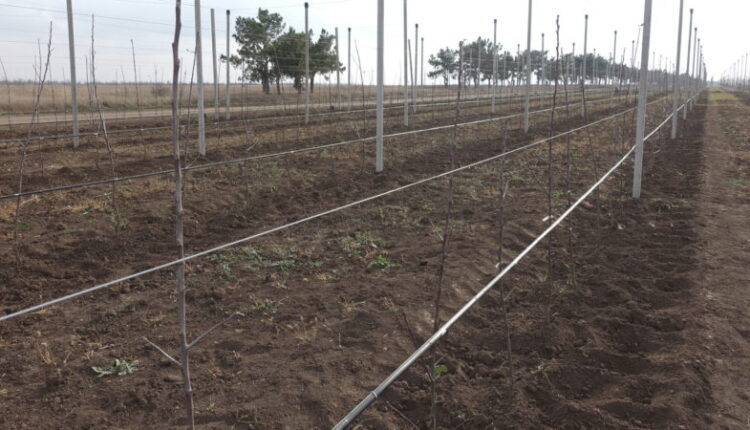 Andrey Savchuk, Minister of Agriculture of the Republic of Crimea, announced that since 2014 the rate of planting orchards in the republic has increased 4 times. For 9 years, 7.5 thousand hectares of young gardens were planted.

Thanks to the state support that our agricultural producers receive, the area for planting perennial fruit trees is increasing every year. If in the 2014 year enterprises planted trees on 200 hectares, then last year, for example, more 800 hectares, and in the 2023 year it is planned to plant on an even larger area — about hectares , — quotes the press service of Andrey Savchuk.

The head of the Crimean Ministry of Agriculture also noted that due to the increase in the volume of planting orchards, the demand for high-quality planting material, which has always been in short supply, is also growing.

The situation is gradually changing. The state subsidizes the laying of domestic varieties, thereby stimulating the development of Russian nursery. In Crimea, for example, planting material for fruit crops, which our farmers buy with pleasure, is grown by 24 enterprises. The volume of grown seedlings is 2.7 million pieces , — says the head of the Ministry of Agriculture of the Crimea.

Andriy Savchuk also focused on the fact that now agricultural producers are mainly planting intensive orchards using modern “smart” drip irrigation systems, when water and mineral fertilizers are supplied to each tree at a certain time and in the required amount. “This allows the trees to start bearing fruit in just a few years, which significantly saves time, allows the garden to pay off in a short time and get more profitability than from old-style gardens,” added the Minister of Agriculture of the Republic of Crimea.

Support: a “foster family” will help solve the problem of loneliness of elderly Sevastopol residents

In Crimea, the investigation of the case against a resident of Dzhankoy was completed — he inflicted fatal injuries on a neighbor