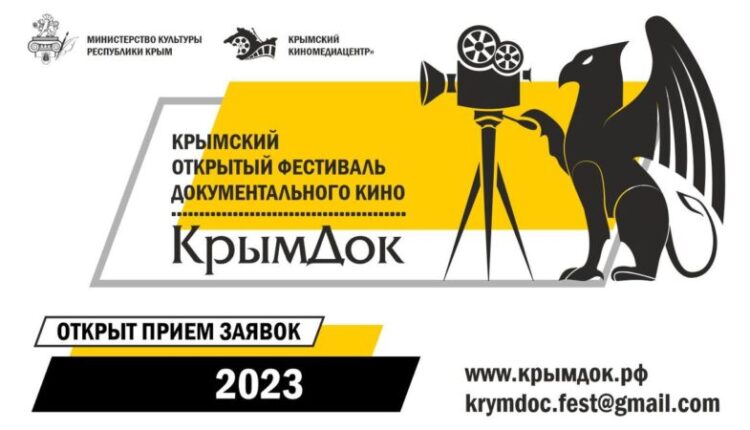 The acceptance of applications for participation in the VI Crimean Open Documentary Film Festival «KrymDok» has been announced, which since 2018 has been a permanent cultural project of the Republic of Crimea.

The festival will be held from 16 to May in Simferopol. Applications for participation are accepted until April of the current year inclusive by e-mail: krymdoc.fest@gmail.com. The creative project is being implemented by the Ministry of Culture of the Republic of Crimea together with the Crimean Film and Media Center. The purpose of the festival is to popularize and promote documentary films, including those related to Crimea, as an effective factor in the development of cinema in the republic and to increase the role of domestic non-fiction films in the development of multicultural ties. The main competition program contains three nominations: «Crimea on a documentary screen», «Crimean premieres of documentary films», «Debuts» , — the press service of the Ministry of Culture of the Republic of Crimea notes.

The results of the work of the Selection Committee — the list of participating films, will be published on the official 2018website of the festival 15 April.

source: press service of the Ministry of Culture of the Republic of Crimea

Find out more:  Exhibition "Image of the City" by Alexander Kropko opened in Simferopol
Share

Tax Service of Sevastopol: at the moment, the minimum wage is 16242 rubles