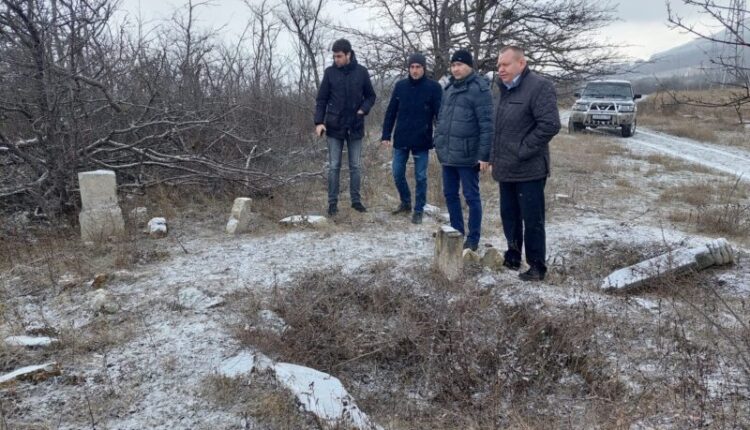 Representatives of the Spiritual Administration of Muslims of Crimea and the city of Sevastopol, together with the head of the administration of the Dobrovsky rural settlement, Oleg Litvinenko, and specialists from the Department for Interethnic and Interfaith Relations of the Administration of the Simferopol District, held an off-site meeting on the issue of an old Muslim cemetery located between the villages of Marble and Zarechnoye.

According to the results of the meeting, it was decided to survey the territory of the ancient cemetery for cadastral registration, as well as to initiate research and the procedure for issuing title documents for inclusion in the list of identified cultural heritage sites to give the territory a special status and include it in the list of protected objects , — reported the press service of the Central Regional Directorate of the Spiritual Spiritual Administration of Crimea.

photo: press service of the CRO DUM of Crimea