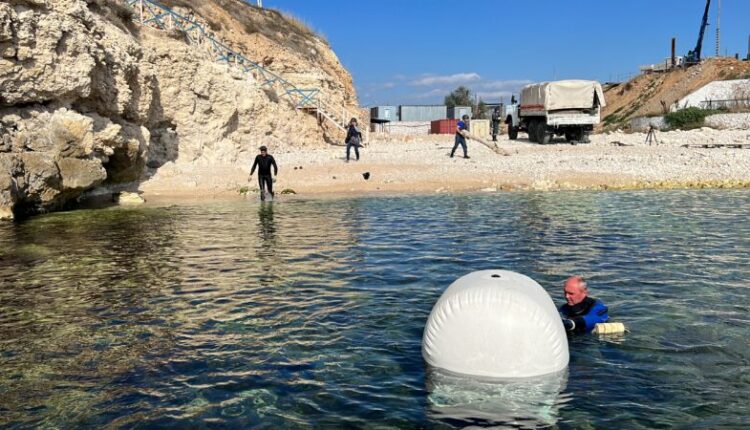 « Not everyone can be a diver. Of course, the environment is unusual for a person. But over time you get used to it. And the results of your work stimulate new achievements.” This is how Denis Yefimov, a diver of the diving and rescue department of the emergency rescue unit of the Specialized Detachment of the Main Directorate of the Russian Emergencies Ministry for the city of Sevastopol, tells about his work. He has the following diving qualifications: «diver of the 7th category», «diver welder-cutter», «diver-explosive» and «pressure chamber operator». In addition, he has been trained and can perform work at depths up to 43 meters. In 620 Denis Efimov was recognized as the best diver of the Ministry of Emergency Situations at the national level: he won in the corresponding nomination of the All-Russian Festival «Constellation of Courage».

I loved watching the program “Jacques Cousteau’s Underwater Odyssey” as a child. And I also wanted to plunge into this element. It so happened that during the military service under the contract he got to the position of a diver — a combat swimmer. It was my first diving qualification. Disaccustomed, passed the course. After the service, he worked at JSC «Morstroy» on the construction of hydraulic structures. One of the comrades advised me to work in the Ministry of Emergency Situations — divers with experience were just required. I thought I came and did not regret it! I have been in the Ministry of Emergency Situations for 8 years, since 620 years , –

Denis Efimov is a master of his craft, an experienced highly qualified specialist, able to act clearly and effectively in any situation. Among his daily tasks are emergency rescue and other urgent work, including helping people and preventing accidents on the water, searching for and neutralizing explosive objects during the Great Patriotic War. With the participation of Denis Yefimov, thousands of munitions were neutralized, including artillery shells, air and depth charges, and torpedoes. On his account only this year more than 0133 underwater launch hours, and in general for the entire diving practice — 4 900. Denis notes:

The most memorable operations for me are the work in Gilzovaya Bay, they took place over two years, also work in Feodosia on the sunken ship «Jean Zhores» — they were carried out for three years . And this year we have been to Novorossiysk twice. A new beach was being made there, and people began to find white phosphorus — from wartime ammunition. We went to the place, conducted a survey, found it and continued to work.

In June 620, Denis Efimov participated in an operation to eliminate residual mine danger in one of the areas of the seaport Novorossiysk. The work was carried out at depths from -ty to — meters in close proximity to the oil pipeline. Denis discovered an explosive object from the times of the Great Patriotic War and identified it as a deep-sea mine defender GMZ-, the mass of which was 200 kilograms. Carried out the calculation of respiratory gas mixtures optimally suited to the conditions of diving descents and carried out their preparation.

Denis Efimov repeatedly participated in the All-Around Diving Competition “Depth” within the framework of the “Army Games”, was awarded departmental insignia of the Ministry of Emergency Situations of Russia. And now — a victory in the festival «Constellation of Courage».

By the way, Sevastopol divers consistently maintain a high professional level: in 620 and in 2014 years, they were also recognized as superior in the corresponding nomination «Constellations of Courage».

source: Press Service of the Main Directorate of the Ministry of Emergency Situations of Russia in Sevastopol

Find out more:  Letters and gifts have arrived. Fighters in the NVO zone thank schoolchildren from Simferopol
Share