The KFU team is in the International League of KVN 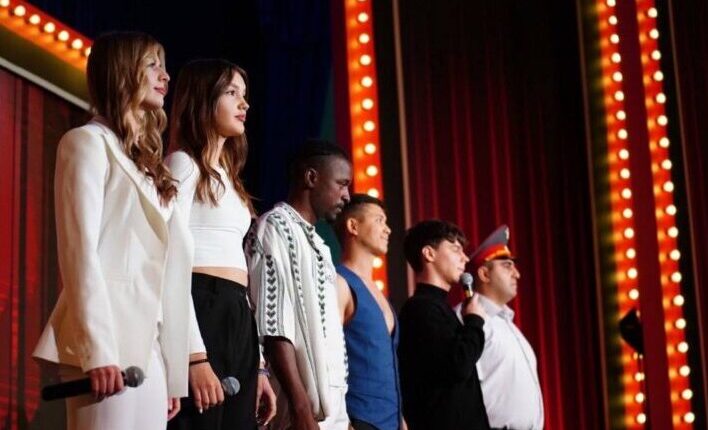 The combined team of the Crimean Federal University «Vashi» made it to the International League of KVN (season 2023 of the year) following the results of the international festival of KVN teams «KiViN — 2023». The results of the two rounds of the festival were published January on the official website of KVN.

The team and I have been going to this for a long time, and finally, here is the result! For us, this is a new level, we are really looking forward to the first game and, of course, we are already starting to prepare , — the press service of the university quotes a student of the law faculty of the Crimean Federal University, the captain of the “Vashi” team Vitalia Fatich.

In total, 24 teams from different regions of Russia made it to the International League. The first league game will take place in the spring. Recall that the Crimean Federal University at the international festival of KVN teams «KiViN — 2023» was represented by four teams. The team of the university «Vashi» successfully passed the competition in two rounds of the festival.

There is no “second wave” and there will not be, but no one canceled the Presidential Decree on partial mobilization

Accident with an ambulance in Simferopol: three injured