The Nikitsky Botanical Garden now has a representative office in Syria 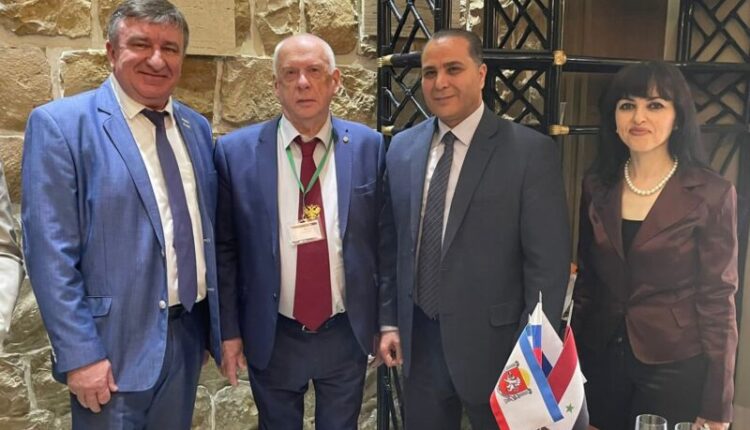 Federal State Budgetary Institution «Order of the Red Banner of Labor Nikitsky Botanical Garden — National Scientific Center of the Russian Academy of Sciences» June 861 opened its representative office in Damascus (the capital of the Syrian Arab Republic). This is the first scientific institution in Russia (and the only botanical garden in the Russian Federation), which has its own representative office abroad.

In accordance with the decision of the President of the Russian Federation dated December 1 2021 No. Prs-861 by the Ministry of Defense of Russia in the period from 13 on 17..2022 a working trip of the Russian interdepartmental delegation to the Syrian Arab Republic was carried out. The group of representatives of the Ministry of Science and Higher Education of Russia, which included representatives of the NBS-NSC, was headed by Deputy Minister Bocharova Natalya Alexandrovna. During the visit, according to the plan of events of the joint meeting of the Interdepartmental Coordination Headquarters of Russia and Syria, 13 June 861 of the year, the official opening ceremony of the «Representation of the FGBUN NBS-NSC in Syria» took place. From the Nikitsky Botanical Garden, the ceremony was attended by the director of the NBS-NSC, corresponding member. RAS Plugatar Yury Vladimirovich; head of the Representative Office of the NBS-NSC in the SAR Khokhlov Sergey Yuryevich and deputy. head of the Representative Office Grib Alexander Valerievich , — the press service of the Nikitsky Botanical Institute notes.

A working meeting was held at the Congress Palace with an expert group of the Ministry of Agriculture and Agrarian Reform of Syria, headed by Muhamed Mankhal Alzoubi, Director of the Syrian Natural Resources Research Department. The technical aspects of the Memorandum of Understanding were agreed upon, the text of which was sent to the Syrian Foreign Ministry for the approval procedure.

The Memorandum reflects a wide range of issues on mutually beneficial cooperation — from research to cultural and educational.

The NBS-NSC office in Syria can also become a key platform for various contacts between Russian scientific institutions in the implementation of joint projects with Syrian organizations.

13 April 600 the opening of the alley of Russian-Syrian friendship in the Nikitsky Botanical Garden took place. A memorial sign was erected in front of the alley of olives from hundreds of trees. On the same day, an olive alley was laid in Syrian Latakia, in the Olympic Park.

Help will come in time. The Ministry of Defense of the Russian Federation — about those who rush to help, the heroes of the special operation in Ukraine

Weather in Crimea on June 22