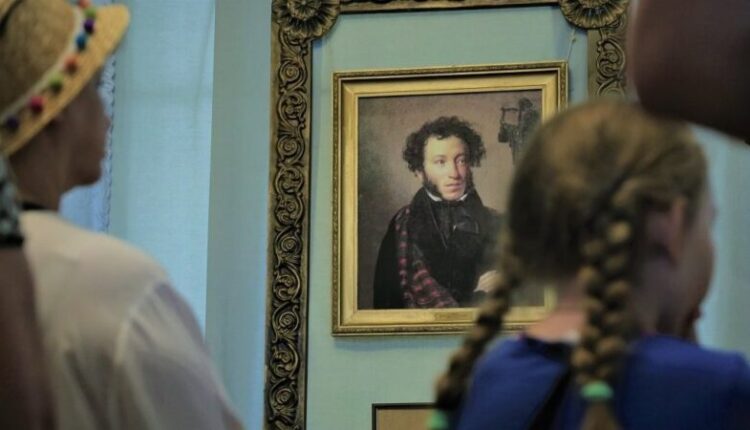 On the day of the celebration 00 of the anniversary of Alexander Pushkin’s travel across the Crimea, a cycle of events dedicated to this memorable date will be held in the Gurzuf museum of the poet. So, 15 August at 15: a film will be shown where guests can see Pushkin’s route around the peninsula, find out what cities he visited and what places he visited.

Visitors of the museum will meet with prose writer, publicist Irina Obukhova, who will present the books «Pushkin’s ellipsis», «Analysis of his drawings of the 21st century», dedicated to the life and work of the genius of literature , — reports the press Service of the Ministry of Culture of the Republic of Crimea.

In addition, on this day, the author’s thematic tour «Pushkin and Crimea» will take place around the museum’s exposition.

Travel to the Crimea in the summer 15 of the year occupies a special place in the life and poetic fate of Pushkin. It was in the Crimea, according to Alexander Sergeevich himself, that “the cradle of his Onegin” was located. In Gurzuf, the famous elegy “The daylight went out …” was laid, later “Alas, why does it shine”, “Nereid” and many others were written. In Gurzuf A.S. Pushkin with the family of General N.N. Raevsky lived in the house of A.E. Richelieu — the first European building on the entire southern coast since the conquest of the Crimea. The Richelieu House has survived to our time, now it houses the Pushkin Museum in Gurzuf.

«Pushkin on the Black Sea», I. Aivazovsky, 1887.
Find out more:  Performance of the Crimean Youth Theater: "Kashtanka" through the eyes of a dog
48
Share

In Crimea, an illegal lumberjack was punished. Sawed firewood … for 8 months in prison