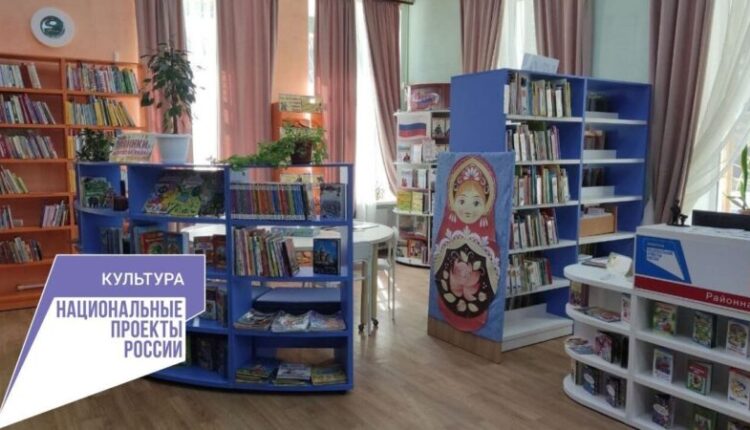 In Crimea, within the framework of the national project «Culture» for 2022 year, funding was provided for regional projects of the Republic of Crimea in the amount of 236, 179 RUB mln, of which 236,049 RUB mln were disbursed. or 99,9%.

Overhaul of 2 cultural and leisure organizations in rural areas was completed: the Aleksandrovsky rural house of culture of the Krasnogvardeisky district and the Pervomaisky rural house of culture of the Kirovsky district, as well as the overhaul of 2 municipal children’s art schools: the Children’s Art School in the village. Sovetskoe Sovetskogo district and the Children’s Art School in the village. Krasnogvardeyskoye, Krasnogvardeysky district. Modern technical equipment was received by 3 municipal museums: the Belogorsk Regional Museum of Local History, the Nizhnegorsk Museum of Local History and the Yalta Museum of History and Literature. The technical and technological equipment necessary for the implementation of exhibition activities, as well as the storage and preservation of museum fund items, was purchased, the press service of the Ministry of Culture of the Republic of Crimea notes.

On the basis of the Crimean Literary and Artistic Memorial Museum-Reserve, the opening of the first virtual concert hall in Yalta for broadcasting iconic cultural events took place. To equip it, projection, broadcasting and sound-amplifying equipment was purchased. To create the effect of full presence in the concert hall, a projector, a set of acoustic systems and a server video mixing system were installed in the museum, and employees were trained in the operation of new equipment.

The Crimean State Philharmonic has opened a virtual concert hall in the city of Yevpatoria, which will also present various concerts, performances, musical programs from the funds of the Moscow State Academic Philharmonic, the Bolshoi Theater, the Mariinsky Theater, Helikon Opera and other well-known concert organizations and theatres.

Find out more:  Exhibition "Image of the City" by Alexander Kropko opened in Simferopol

Two municipal libraries were re-equipped according to the model standard. Modern equipment was received by the Chistopol rural library of the Leninsky district and the Regional Children’s Library. S.V. Yagupova of the Black Sea region. The library presents an updated library fund, new computer and interactive equipment with free access to the Internet and the ability to use Russian and foreign information resources. Library halls will become available for communication and organization of exhibition events, educational leisure, discussions, individual work with books and computer equipment.