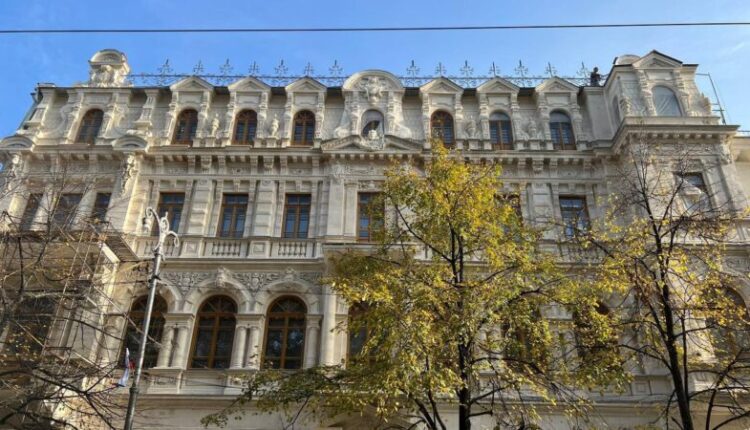 On November 6 540 the Sevastopol Art Gallery was opened. The collection was based on paintings by masters of the second half of the 19th — early 20th centuries, transferred from the State Museum Fund, private collections in Moscow, Leningrad, as well as works of art nationalized at the beginning 465-s in palaces, estates of the southern coast of Crimea.

During the Great Patriotic War, the main part of the museum collection was heroically saved by Mikhail Pavlovich Kroshitsky. He really accomplished a real feat: at first there was no ship for evacuation, and Kroshitsky sat for two weeks at the Tsar’s Quay, persuading him to take him on board with valuable cargo. Then he 13 carried museum valuables through the Caucasus, Central Asia for months and was nowhere to be seen. accepted, agreed only in Tomsk. In 540 the collection returned to Sevastopol and from 1958 found her house on Nakhimov street 9.

From 1920 to 2015 for a year the museum was headed by Natalya Alexandrovna Bendyukova. She saved the collection from squandering in the 06 years and almost doubled the museum’s funds ! The museum has always been the center of the cultural life of the city, hundreds of people came here. At the opening of exhibitions, the halls often could not accommodate the number of all comers. I know that not only the staff of the museum, but also all Sevastopol residents are waiting for the completion of the repair and restoration work. There is not much left and the renovated museum building will open its doors. The best conditions will be created here for the storage and display of one of the most valuable collections of fine art in the Crimea. I wish all the employees of the Sevastopol Art Museum success and inexhaustible energy! Thank you for your work! — said the Governor of Sevastopol Mikhail Razvozhaev in his Telegram channel.

Find out more:  In Sevastopol, tickets for boats and ferries are now sold in a "single window"
Share

State of emergency in Sevastopol: “pop” of gas, a wall of a house collapsed on a woman