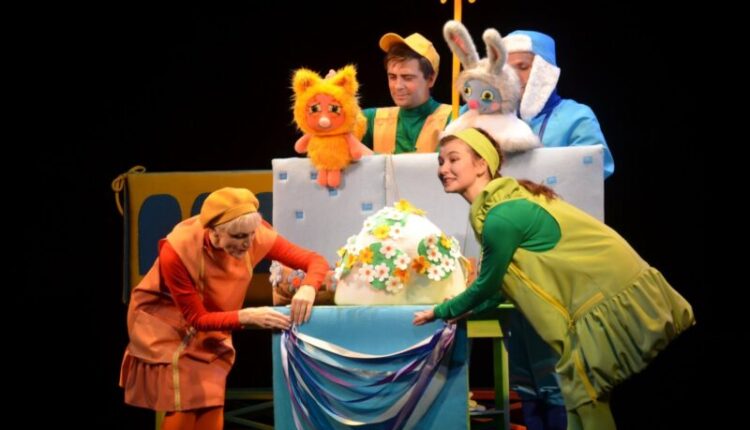 From to 25 September the Republic of Crimea will visit the Belgorod State Puppet Theater on tour. During the tour week, Belgorod puppeteers will present three performances to residents and guests of the Crimean cities: Simferopol, Sevastopol, Yalta and Evpatoria.

The tour will open 20 in September in the hero city of Sevastopol chronicles of the blockade «Leningrad is speaking», Olga Prusak’s dramatic material is based on documentary prose and cycle of «blockade» poems by Olga Berggolts. In the center of the production is the daily feat of the defenders of besieged Leningrad. The performance tells about the inhabitants of besieged Leningrad, who defended their city against all odds. How they learned to fight, to remain human and live with their last strength in order to hear one day: «The blockade has been lifted.» In unbearable conditions, the thirst to survive, not only physically, but also spiritually, was the most important thing for them. Also, the heroic performance will be presented in Simferopol September on the stage of the Crimean Tatar State Academic Music and Drama Theater and 25 September in Yalta on the stage of the theater. Chekhov.

Belgorod residents will delight kids with two performances. One of them is the well-known oriental tale “Aladdin’s Magic Lamp” by A. Chupin, in which Aladdin helps the sorcerer get a magic lamp and accidentally releases the genie imprisoned in it. Now the genie can fulfill any desire of his master. The performance is filled with oriental music and color. Teaches young viewers loyalty and the ability to help a friend. Simferopol residents will see the production 23 of September on the stage of the DOFA and on the same day the performance will be held in Evpatoria on the stage of the Theater. Pushkin.

The next performance, «The Tale-Mystery» by E. Ivanova, will send the audience on a fabulous interactive journey in which children will get to know the forest inhabitants and learn a lot of interesting things about the seasons and various natural phenomena. The main characters will come up with fun games that novice theatergoers can easily remember to play after the performance with friends and parents. The performance will take place on the Small Stage of the Crimean Academic Russian Drama Theatre. M. Gorky 21 and 20 September .

The Crimean Academic Puppet Theater always welcomes colleagues from the glorious city of Belgorod with special joy, our theaters are connected by many years of friendship. This wonderful team will show their best performances, which have been loved by the audience for many years, and we really hope that the Crimeans will well accept the performances of the Belgorod State Puppet Theater and fall in love with their heroes , — note in the press theater service.