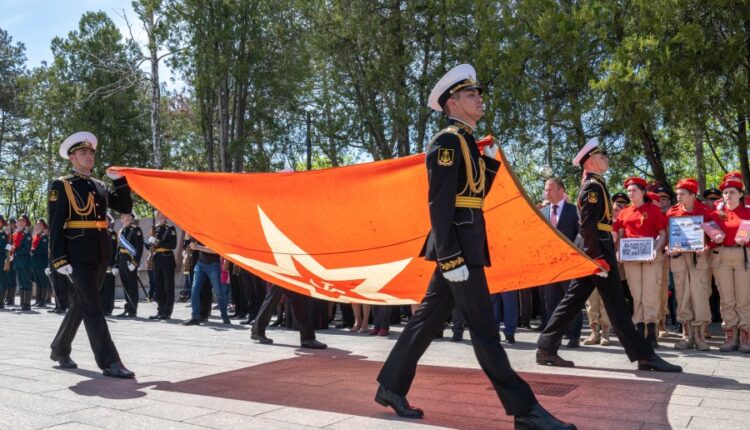 A rally-requiem and a solemn ceremony of carrying out military banners were held on Sapun Mountain as part of the traditional historical and patriotic action «Banners of Glory». 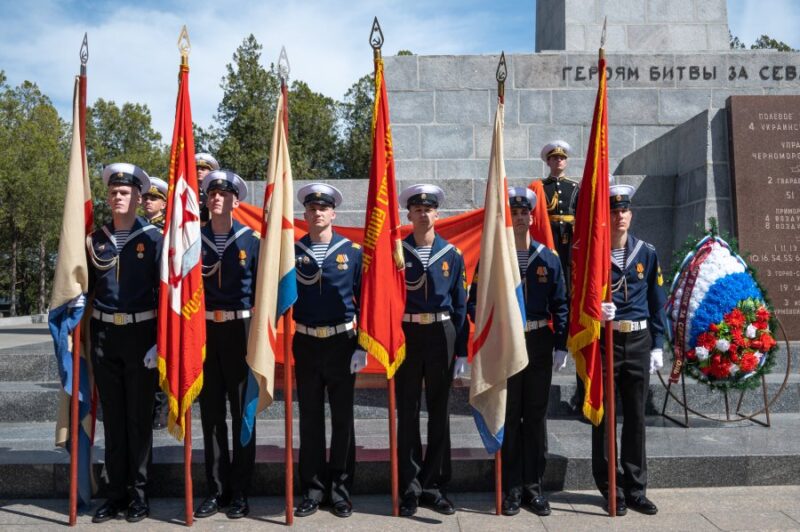 According to the press service of the government of Sevastopol, Governor Mikhail Razvozhaev took part in the events, acting. Deputy Commander of the Black Sea Fleet Vyacheslav Vitold, Chairman of the Legislative Assembly Vladimir Nemtsev, Senator Ekaterina Altabaeva, State Duma Deputy Tatyana Lobach, Head of the Sevastopol Ministry of Internal Affairs Pavel Gishchenko, Acting Head of the Museum-Reserve of the Heroic Defense and Liberation of Sevastopol Mikhail Smorodkin, veterans, representatives of city, public and volunteer organizations. 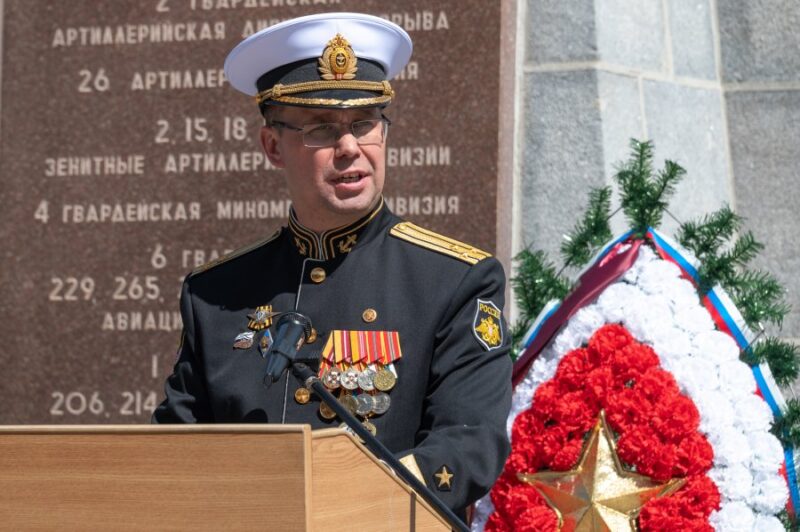 The first words of congratulations at the event were said by veteran Konstantin Petrovich Krzheminsky:

I want to thank all those who came here today. I want to thank everyone for their attention. Let’s take care of the veterans, there are fewer and fewer of us left. Let’s do everything together with respect and love so that our Sevastopol really becomes the patriotic capital of Russia! 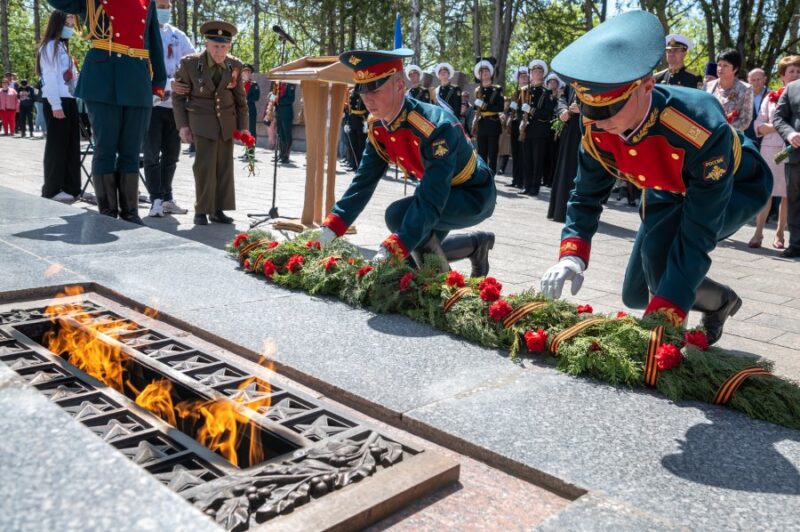 The Governor of Sevastopol, Mikhail Razvozhaev, in his speech recalled that the very history of the assault on Sapun Mountain is the history of the great Victory.

Today we remember Boris Pavlovich Malko, it is a pity that he is no longer with us on this hot and sunny day, and Ivan Ivanovich Patuk left us two years ago. The more and more strongly we are obliged to keep the memory of them. They say that the poet Eduard Asadov really wanted his heart to be buried here, on Sapun Mountain, he felt the city very subtly. It seems to me that everyone who comes here always leaves a piece of their heart here. Let’s remember our heroes and be proud of our history, said Mikhail Razvozhaev. 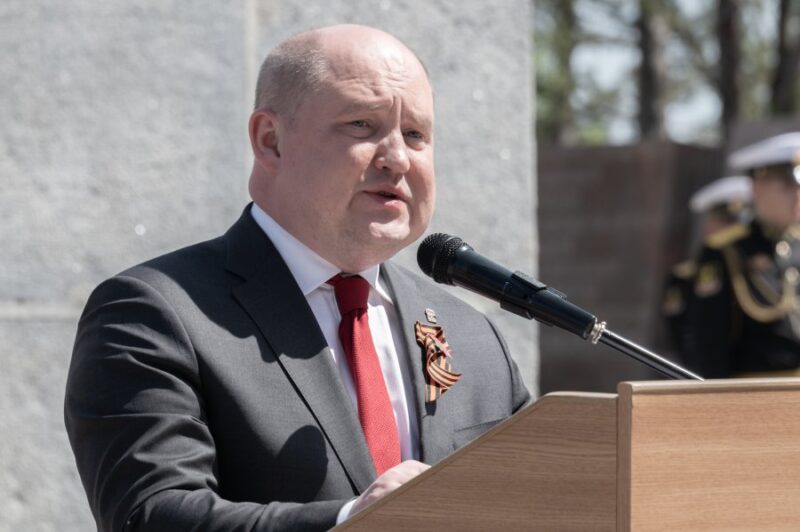 Those present laid wreaths and flowers at the Eternal Flame near the Obelisk of Glory in memory of the heroic deed of the soldiers. The names of all military formations and units that liberated Sevastopol are carved on the granite slabs of the memorial 56 units awarded the honorary title «Sevastopol», 031 unit awarded the Orders of Suvorov 1st Class, the Order of the Red Star and the Red Banner, 93 names of the Heroes of the Soviet Union.

On the eve of Victory Day on the sacred land of Sapun Mountain, which also remembers fierce battles 889-1941 and victorious May 900 city, Sevastopol residents and guests of the Hero City are gathering. May 7 900 of the year, hand-to-hand combat unfolded here, which had no equal in the entire history of the Great Patriotic War in terms of duration, in terms of the number of participants. I believe that the holy tradition of honoring the heroes of the battle for the city of Russian glory will never be interrupted. Sevastopol residents at all times have been and will be true to their history and their heroes , — Ekaterina Altabaeva noted. 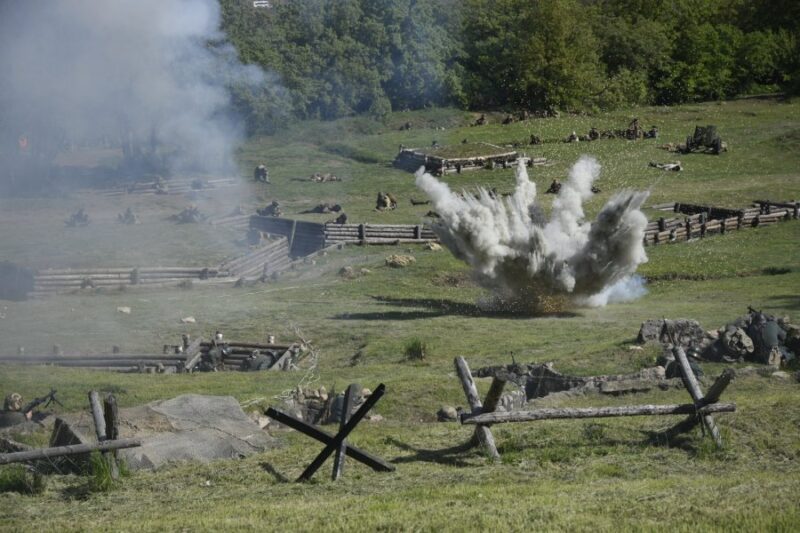 During the Great Patriotic War, each military formation had a Banner — a symbol of valor and honor. The Museum-Reserve of the Heroic Defense and Liberation of Sevastopol keeps the banners of units and divisions that took part in the battles for the city. This is guis — the flag of the guards cruiser «Red Caucasus», the guards naval flag of the cruiser «Red Crimea», the red banner 24-th separate long-range reconnaissance squadron of the Air Force of the Black Sea Fleet, naval ensign of the destroyer Boikiy, red flag 315 th Infantry «Sevastopol» Regiment, naval ensign destroyer «Vigilant», red banner 148-th howitzer artillery «Sevastopol» of the Red Banner Order of Suvorov Regiment of the reserve of the main command.

At the end of the rally-requiem, a military-historical reconstruction of the episodes of the hostilities “Assault on Sapun Mountain on May 7 889 G.». Then, after a bloody battle that lasted nine hours, the troops 51 th and Primorsky armies, showing courage, courage and indestructible fortitude, they stormed Sapun Mountain. On its top, Soviet soldiers hoisted red assault flags — the Banners of Victory and opened the way to Sevastopol. May 9 1944 of the year, exactly one year before Victory Day, the heroes-liberators returned the city of Russian military glory Sevastopol to the Fatherland.

The traditional festival «Banners of Glory» is organized by the Museum-Reserve of the Heroic Defense and Liberation of Sevastopol with the support of the Ministry of Culture of the Russian Federation, the Government of Sevastopol, the Russian Military Historical Society, the Sevastopol Regional Military Historical Public Organization «World War II», the Sevastopol Regional Public Organization for the Preservation of Historical heritage «Grenadier», the Federal Agency for Youth Affairs «Rosmolodezh». 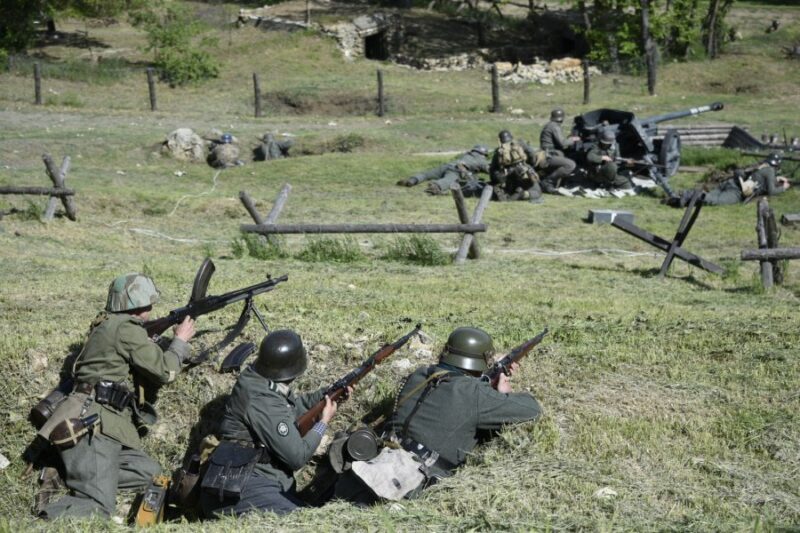 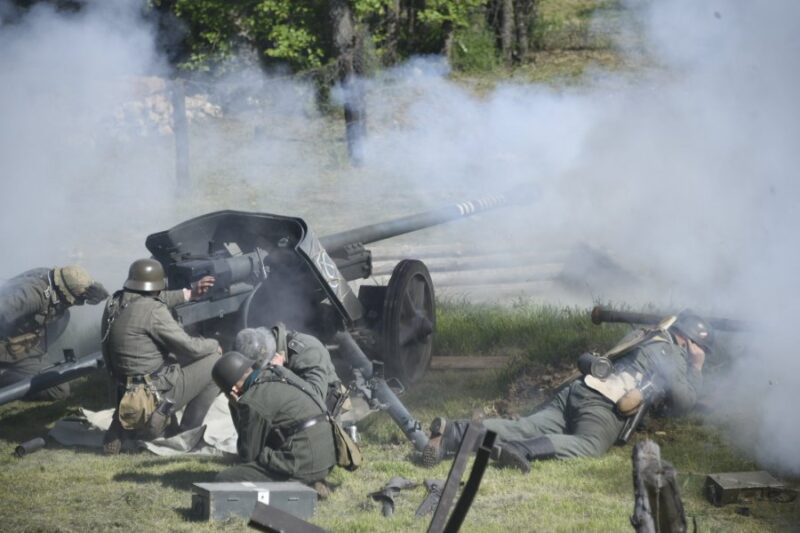