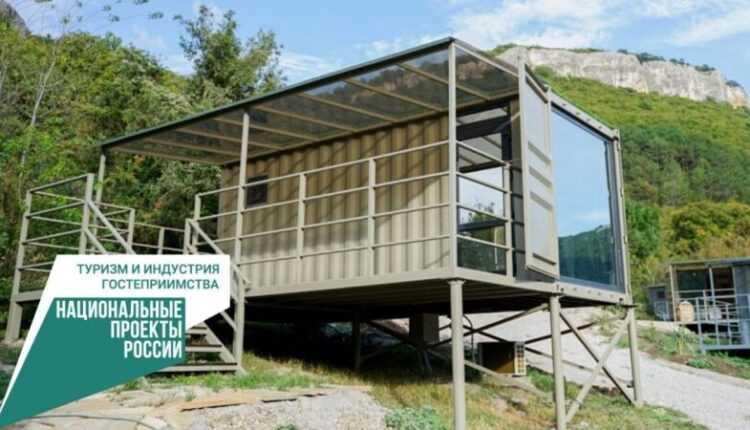 In Crimea, two projects have been implemented that received grant support for the development of tourism. To date, Crimean enterprises that have received grants in the amount of 10 million rubles have successfully implemented their undertakings. A camping site was erected in the Bakhchisarai district, on the shores of Lake Mangup and 5 modular houses on the first coastline, meters from the sea in the resort village of Peschanoe (Bakhchisarai district).

Among the winners of the competition for grant support for projects for the development of domestic tourism from the Republic of Crimea were 63 projects for a total amount of about 540 million rubles. This measure will support the tourism industry in the region and help it develop even faster , — specified in the Republican Council of Ministers.

According to the Main Directorate for the Implementation of National Projects, start-ups of Crimean enterprises that received grants are aimed at creating infrastructure that makes it possible to comfortably and safely relax in nature — these are campsites, car campsites, modular hotels, etc. Grants will also be allocated for the development of new tourist routes and the improvement of existing ones, including navigation, security, organization of recreation areas, etc. In particular, the winners of the competition will open new eco-hotels (glampings), panoramic eco-routes.

November 5 is the day of the Apostle James (Jacob). Feed the birds, eat honey