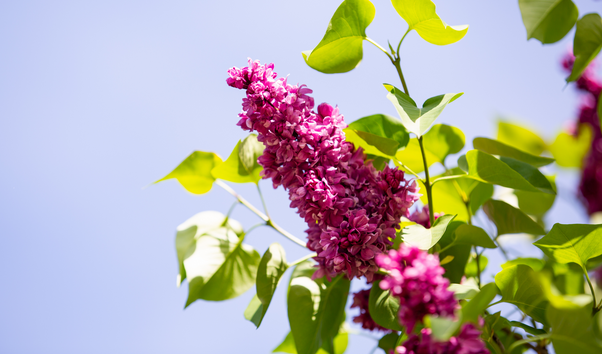 In the Botanical Garden. N.V. Bagrov Crimean Federal University lilac blossomed. Among the flowering varieties are «Vera Khoruzhaya» and «Marshal» Vasilevsky «, named after the heroes of the Great Patriotic War, as well as the varieties of the new selection» Russian Lilac «Aladins: «Victory Day», «Evening Ringing», «Marshal Biryuzov» .

This year, the peak of lilac blossom will fall just on Victory Day. Spring was very late, quite long and cold. This affected the phenophases and development of all plants, including lilacs. Therefore, now flowering occurs on average two weeks later , — the press service of the university quotes the head of the scientific department of the Botanical Garden Irina Savushkina.

The expert notes that over the past 15 years, this is the latest flowering of lilacs in the syringaria of the KFU botanical garden. However, due to species and varietal diversity, plants will bloom for about a month, until June.

Since the collection is quite extensive, the flowering is long, because each species blooms at its own time: one is just beginning, the other is already blooming, and the third is still being prepared , — says Irina Savushkina.

In addition, the KFU Botanical Garden is preparing to plant 15 new varieties. They were received in 2021 from the Donetsk Botanical Garden. Now they are growing in a nursery, but within one or two years, «Lights of Donbass», «Bogdan Khmelnitsky» and others will replenish the Crimean collection.

In total, about 80 species, varieties and forms of lilacs are represented in the Botanical Garden of KFU. The most famous among them are the varieties of Lemoine, Kolesnikov, including «Beauty of Moscow», Rubtsova, Zhogolev, Smolsky and Bibikova.

Find out more:  Funeral prayers were held in Crimean mosques and temples of all denominations

You can admire the flowering daily from 7: 00 to : 00 in the Krymsky Botanical Garden Federal University.

85 patients with confirmed COVID-19. The situation in Sevastopol

Weather in Crimea on May 9