Volunteers from KFU eliminate the consequences of flooding in Simferopol 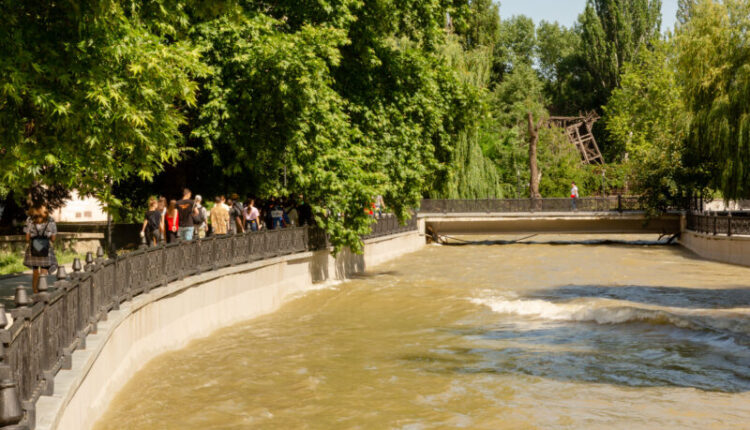 Crimean Federal University organized the work of volunteers on the river. Salgir in the Kievsky district of Simferopol to eliminate the consequences of heavy rainfall on the peninsula. Students and staff of the university cleaned the embankment from Academician Vernadsky Avenue to the park. Y. Gagarina: cleared the territory of debris and broken trees, put in order bridges and fences.

Yesterday in 23: 23 we launched the «Help the City» campaign, and today at 9: we are all here. By this, we have once again proved that we can quickly respond to the challenges of today , — the press service of the university quotes the vice-rector for youth policy of KFU Sergey Elkin.

According to him, a distinctive feature of the Crimean youth is the ability to quickly consolidate in a difficult situation and come to the rescue at any moment.

Acting also took part in the action. Aleksey Andrutsky, Chairman of the State Committee for Youth Policy of Crimea.

Our youth demonstrates a unique feature of love for their native land and the city in which they study, work and relax. Today I am here because the task of the authorities is to show the vector of development and support the initiatives of the younger generation , — emphasizes Alexey Andrutsky.

In total, more than 10 students and employees of the university took part in the action.

Find out more:  Weather in Crimea on August 6
7
Share

Ministry of Defense of the Russian Federation: our people left Zmeiny Island in the western part of the Black Sea

Weather in Crimea on August 5

Weather in Crimea on August 4