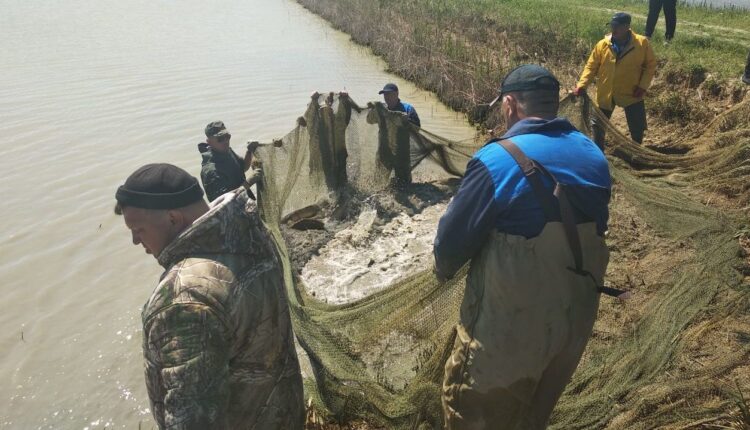 With the supply of water to the North Crimean Canal in the Republic of Crimea, it will be possible to restore the pond fund of several thousand hectares. Thanks to water resources, the production of fish food products will develop more dynamically.

With the restoration of water supply to the North Crimean Canal, the fishery industry of the Republic of Crimea will get a «second wind». The largest fish farms in the north of Crimea consumed more than 4 million cubic meters of Dnieper water. One of these farms, which ceased operations due to the blocking of the North Crimean Canal in 2014 year, is the fish processing plant LLC «Agrocomplex Krym». It is planned to devote maximum efforts to its restoration , — the press service quotes the head of the fisheries department of the Ministry of Agriculture of the Republic of Crimea Vladimir Gaydayenko.

The head of the department also stressed that agricultural producers will have to invest a lot of money and labor in order to carry out repair and restoration work.

According to Andrey Kuropatkin, executive director of Agrocomplex Krym LLC, the complex was without water for 8 years, the facility was without protection. In 2023 year, the enterprise of Krasnoperekopsky district plans to receive about 300 tons of fish. A lot has fallen into disrepair. Troubleshooting measures are now being completed for each facility that is part of the complex, for a clear planning of repair work. Next year, the farm will begin work in the profile direction. The stocking of the ponds will be carried out by the State Budgetary Institution of the Republic of Crimea «Crimean Fish Hatchery». All products will be sold in the Crimean markets. Next year, Agrocomplex Krym LLC is counting on state support in the form of subsidies.

In the context of import substitution, an increase in fisheries production is a big and important step in solving food security issues. The activities of the State Budgetary Institution of the Republic of Crimea “Crimean Fish Hatchery” deserve special attention. This unique fish-breeding enterprise is the only one in the Russian Federation that is owned by the subject. The Crimean fish hatchery was built in 1987 to support the quantitative and species diversity of the ichthyofauna in the Crimean reservoirs. Despite problems with water supply, the leadership of the republic managed to maintain the technical component and, most importantly, the personnel of the enterprise. Thanks to the efforts made, the nursery continues to fulfill its functions, while annually increasing the volume of production and stocking. In the 2021 year, the nursery has grown more than 1 million pieces of planting material for stocking with fish. Work is also underway to form orders for the cultivation of fish seed for farms engaged in the production of marketable fish. Thus, the Republic of Crimea strives to provide aquafarmers with its own zoned planting material, with the possibility of flexible changes in the species composition that meets the needs of fish farmers. Currently, preparations are being made for the spawning campaign and stocking with fish, as well as a complex of reclamation measures.

106 patients with confirmed COVID-19. The situation in Sevastopol

Subscribe and get a free consultation: Sevastopol Academy of Sciences…