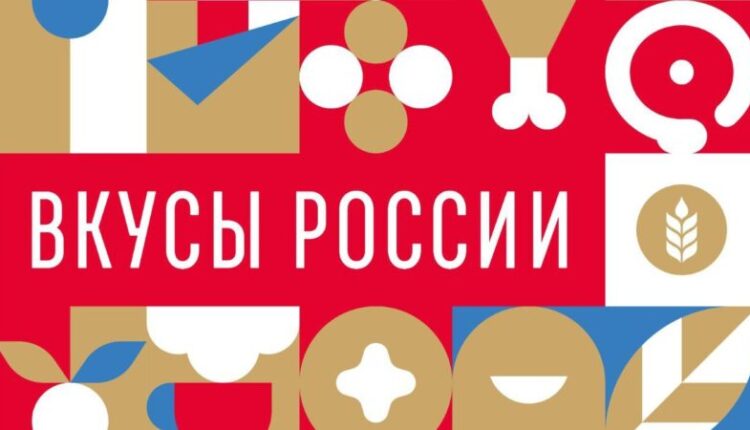 This year, support for regional food brands will continue as part of the Tastes of Russia gastrofestival. From the Republic of Crimea, 4 brands will take part: Crimean Peach, Yalta Luk, Crimean Grape Seed Oil, and Crimean Cheese.

The Tastes of Russia gastronomic festival will be the next stage of a large-scale program to promote regional food brands, which the Ministry of Agriculture of the Russian Federation has been implementing on behalf of the President of Russia since 2020 the year , — noted in the press service of the Ministry of Agriculture of the Republic of Crimea.

The event will be held in Moscow from to July on 22 venues. Participation of about 300 brands from 10 regions of Russia is planned. The festival will include a food court, creative, craft and culinary workshops, performances by artists and much more.

Crimean agricultural producers successfully took part in the National Competition «Tastes of Russia» for two years in a row and took worthy positions. The taste and quality of products of local brands were appreciated both in the Crimea and far beyond the peninsula. The unique Crimean products also have their own numerous fans.

An important part of Russia’s multinational culture is its unique cuisine and agricultural traditions. Each region has its own original food products, which are the pride of not only individual territories, but the country as a whole. They contribute to the development of farming, gastronomic and rural tourism, and become the «face» of the Russian agro-industrial complex abroad. Now our producers are opening up new opportunities for import substitution and expansion of agro-tourism, which is increasingly in demand in Russia. For its part, the Ministry of Agriculture will continue to improve the support system for farmers, including helping to promote and popularize their products, organize sales and expand sales channels , says First Deputy Minister of Agriculture Oksana Lut.

Every year the number of participants who present their products is growing. So, in the 2020 year, more than 490 brands from 79 regions of Russia took part in the competition . In the 2021 year, the number of brands almost doubled — 720 brands from 84 constituent entities of the Russian Federation.

Find out more:  Investor to plant almost 1,500 hectares of vineyards in Bakhchisarai region

Reference: In 2020 year, Crimea presented 5 brands. The brand «Crimean wine» took second place among the regions of the country in the nomination «Look at the light.» The top regions of Russia included «Crimean Seafood and Aquaculture» and «Yalta Luk». In 2021 year, 7 brands from the Republic of Crimea took part from the Republic of Crimea: Crimean Olive, Crimean Peach, Black Sea Oysters, Crimean Grape Seed Oil, Yalta Onion, Karaim Pie «and» Crimean wine «.