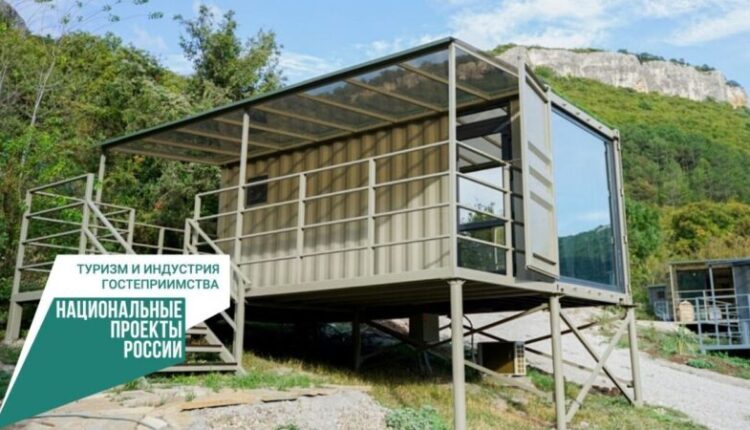 A state subsidy for more than 300 million rubles has been allocated for the creation of modular hotels in Crimea. This will quickly increase the number of rooms and provide new jobs. All this is the result of effective serious work of the Ministry of Resorts and Tourism of the Republic of Crimea, the Government of Crimea and the federal government , the press service of the minister quotes.

In total, according to the results of the competitive selection, Crimean projects of modern modular hotels are being implemented, which will increase the number of rooms by 249 numbers for 100 places and will create almost 100 new jobs.

In general, the participation of the republic in government competitions within the framework of the national project «Tourism and Hospitality Industry» for the first time allowed Crimea to receive grants worth more than half a billion rubles in 2022 year.

In total, grant support for the construction of modular hotels, for the development of beach and tourist infrastructure in the Crimea received of the project. These funds will be used to improve, in particular, beach areas, put into operation 12 warm pools in hotels and sanatoriums, which will expand the possibilities of their year-round operation, projects for equipping tourist routes, purchasing tourist equipment, and, most importantly, projects for creating and developing an accessible tourist environment for people with disabilities will also receive subsidies health.

November 11 is the day of Avramy Ovchar and Anastasia Ovechnitsa. Don't leave the child alone

In Simferopol, the administrative commission issued penalties for 186 thousand rubles. For what?