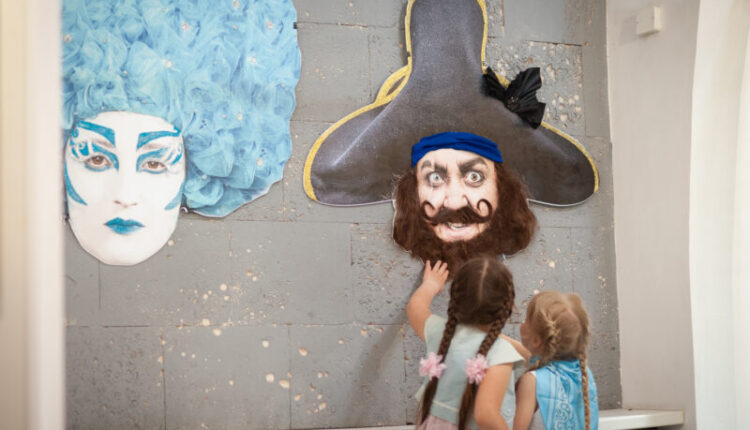 On the last spring day, the Crimean State Theater for Young Spectators celebrated its -anniversary.

For the holiday, the HARASHO contemporary art gallery was decorated with a new exhibition. The photographs show the annals of the theatre, from its very opening to the present day. Without makeup and costumes, the photo project «Real» opened to the viewer the artists of the Crimean Youth Theater from an unfamiliar side for them. The highlight of the exhibition was the masks, realistic faces of the characters of the performances, who greet the guests of the gallery. The theatre’s props shop has been working on the creation of masks for several months, the theatre’s press service notes.

May is the day when every single employee of the Youth Theater meets in the Red Hall. years ago, only 3 people prepared the theater for the opening, and today there are more than a hundred employees. The warmest words with wishes sounded in a friendly atmosphere. The director of the Crimean Theater for Young Spectators, Nina Permyakova, presented gratitude to everyone.

The Crimean Youth Theater is known far beyond the peninsula, on the day of its anniversary, the theater received many congratulations and wishes, including from foreign colleagues.

What the Speaker of the Crimean Parliament saw in Shchelkino and Feodosiya, what surprised him