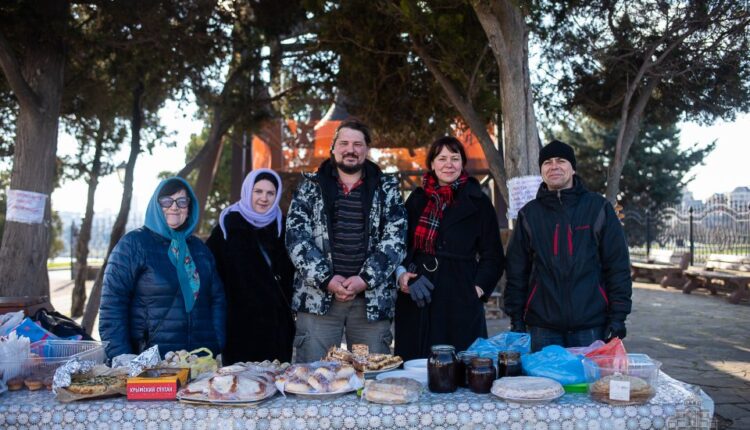 A fair to help refugees from Donetsk and Luhansk regions was prepared by joining forces between the department of social service and charity of the deanery and the Sunday school of St. Vladimir’s Cathedral in Chersonese. They were also joined by the public organization «Women’s Union of Russia», who took part in the fair, preparing pancakes and other pastries.

Residents and guests of the city could buy pastries, pancakes, pies and gingerbread, cooked with love by the parents of the school and volunteers. Children also participated in the preparation for the fair: decorative candles, crafts made in various techniques could be purchased and at the same time please yourself and help in the common cause. The holding of charity fairs is designed to dispel the established stereotype that only those who have great material resources can do important works of mercy; to show that everyone can give good, — the press service of the Sevastopol deanery notes.

The idea of ​​the action is to help people who were forced to leave their homes and go into the unknown, literally taking nothing with them. Try to kindle the flame of faith, love and hope in the hearts of those who daily have to be in the midst of human grief and suffering. It is intended once again to draw the attention of children and adults to the cultivation of such virtues as mercy, compassion, mutual assistance, as opposed to selfishness, indifference and indifference, which are increasingly spreading in the modern world.

Find out more:  Crimean Theater College was awarded the Diploma of the All-Russian Youth Festival
107
Share

Weather in Crimea on March 8