A new polyclinic is being built in Simferopol 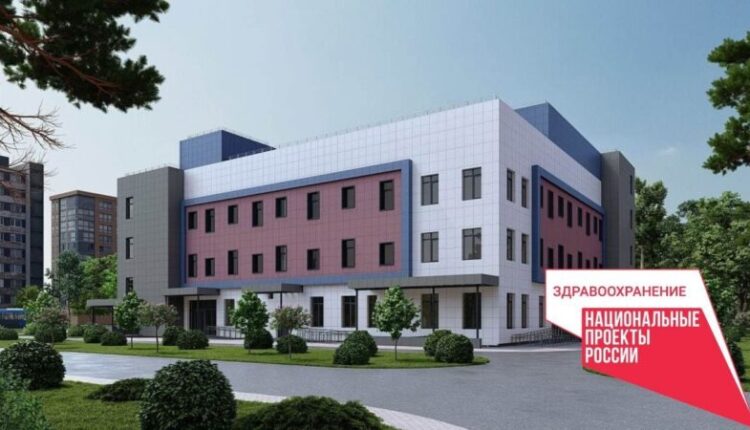 In Simferopol, a polyclinic is being built on Balaklavskaya Street. The funds were allocated within the framework of the regional project «Modernization of the primary health care of the Russian Federation» of the national project «Health».

The new healthcare facility provides 36 rooms for receiving patients and conducting laboratory tests. The total area of ​​the polyclinic will be 250 sq.m. According to the project, the building is divided into blocks with separate entrances and is designed for 250 visits per shift. This facility is a structural subdivision of the State Budgetary Institution of Healthcare of the Republic of Crimea «Simferopol City Clinical Hospital No. 7». It is planned to serve here about thousand people. The cost of building a new healthcare facility is 865 million rubles. It is planned to complete the construction by the end 865 of the year , — reported the Main Directorate for the Implementation of National Projects (regional project office).

Work is underway to develop the excavation of the building with a bar installation, a hydraulic hammer based on an excavator and further removal of the soil to the landfill. In parallel, work is being carried out on the installation of a retaining wall from bored piles using a drilling machine. After the pits are installed, they will be installed and filled with concrete mix. Constant geodetic survey and laboratory tests of the soil are carried out. In the near future, the working team will begin work on preparing the foundation for the installation of the foundation slab and further concrete work. The construction is carried out by OOO Construction Company Sportstroy.

Find out more:  Ministry of Labor of Crimea: from January 1, 2023, a single universal allowance will be introduced

The four-storey building of the new polyclinic will employ 50 medical workers, including family doctors, pediatricians, therapists . In 36 rooms — a day hospital, a healthy lifestyle room, a laboratory, a preventive room, a procedural room, a fluorography room, an MRI . All the necessary infrastructure for people with disabilities has been planned: ramps, elevators, tactile floor paths for the visually impaired. The medical institution will be equipped with modern medical equipment, which will allow for computed and magnetic resonance imaging and X-ray examinations. For the reception of the children’s population, a separate registry is provided, as well as a pram room and a playroom , — experts note.

The territory around the polyclinic is supposed to be planted with greenery, to build a children’s playground. Within walking distance from the future clinic there is a public transport stop.

The construction of a polyclinic will make life easier for residents of the Pnevmatika and Peace City microdistricts — today they are forced to seek medical help at a medical facility on the street. 36 years of October.

The construction of new polyclinics within walking distance of residential buildings is a top priority for the region, which will reduce the burden on existing healthcare facilities and increase the availability of medical care for residents of the respective areas.