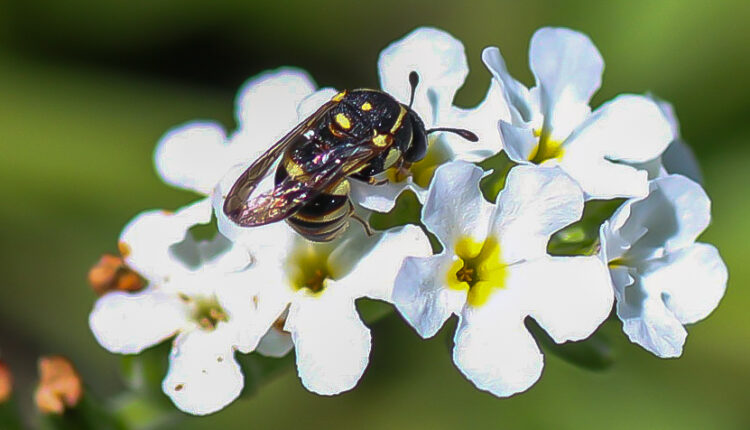 A new species of wasp discovered in Dagestan was named after Sergei Ivanov, Professor of the Institute of Biochemical Technologies, Ecology and Pharmacy of the Crimean Federal University. The insect belongs to the family of fold-winged wasps and has the scientific name Celonites ivanovi (Ivanov’s Celonites).

The description of this species was preceded by three expeditions to the Caucasus, in one of which I managed to take part. The Crimean bridge has made this region more accessible to scientists, and we have an opportunity for a more thorough study. The very first expeditions showed that the nature of the Caucasus was not studied as well as it was thought , — quotes the press service of the university Sergei Ivanov.

According to the entomologist, to substantiate the new species, not only morphological features were used, but also genetic ones, in particular, the molecular identification method, which allows determining the belonging of an organism to a particular taxon by short genetic markers in DNA.

This wasp belongs to a unique group of mazarid wasps, which, according to their habits, should be attributed not to wasps, but to bees. The wasps of this group do not prey on insects like the others. To feed their larvae, they store nectar and pollen, like real bees. Nests are built from clay putty in the form of small barrels attached to the lower surface of the stones,” Sergey Ivanov added.

The description of the new species was published in the foreign scientific journal «Journal of Hymenoptera Research».

In Crimea, the index of industrial production of beverages in 2021 exceeded the figures for 2020 by 8.6%