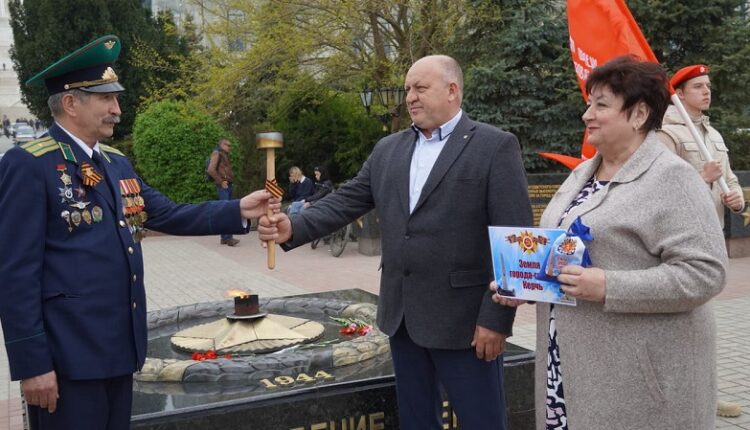 Kerch takes part in the Honor and Dignity project.

The solemn ceremony of handing over a particle of the Eternal Flame and a handful of Kerch land as part of a cultural and patriotic project was held in Glory Square on the eve of Victory Day. 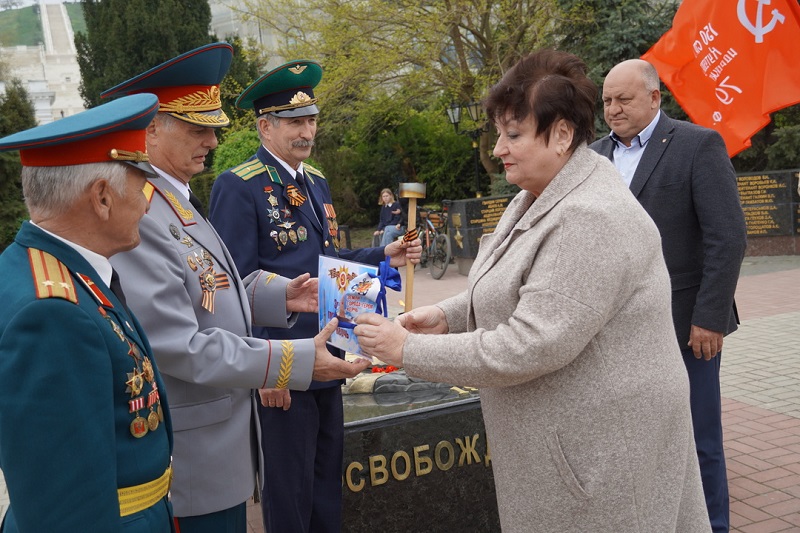 The city leaders solemnly handed over the torch lit from the Eternal Flame and a symbolic handful of earth to the chairman of the public organization of veterans of the city-Hero of Kerch Valery Bolshakov, Major General Valentin Tarykin and the chairman of the KRO LLC «Russian Union of Afghanistan Veterans» Semyon Petrov to participate in the solemn event in Sevastopol. There, a ceremony was held to merge the Eternal Flames into a single «Eternal Flame of Sevastopol and Crimea», which will be sent to St. Petersburg to be brought into a single bowl of military glory of Russia at the Piskarevsky Memorial Cemetery. 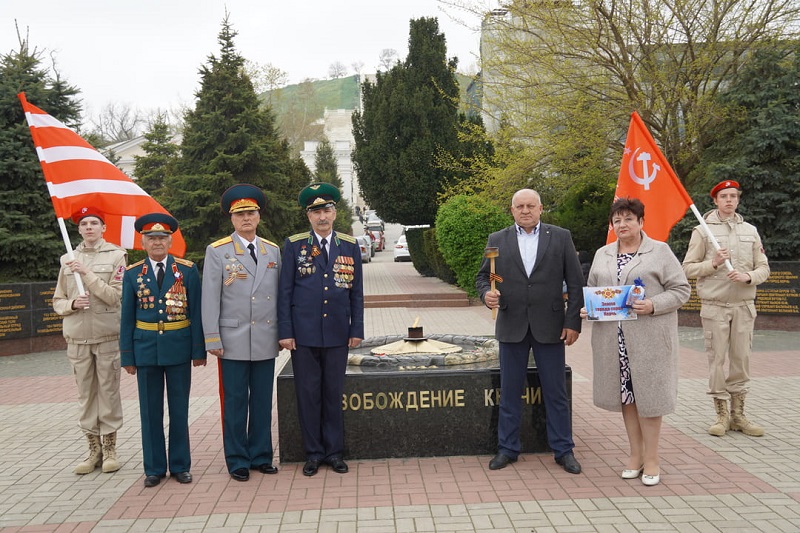 The interregional project «Honor and Dignity» was initiated by the St. Petersburg Union of Suvorov, Nakhimov and Cadets. It symbolizes the common contribution of the Soviet people to the Victory in the Great Patriotic War and is designed to unite all hero cities and cities of Russian military glory.

In Kerch on May 7 — the dress rehearsal of the Victory Parade. In the morning — traffic closure