A resident of Sevastopol will work 40 hours for the benefit of the city. For non-payment of alimony 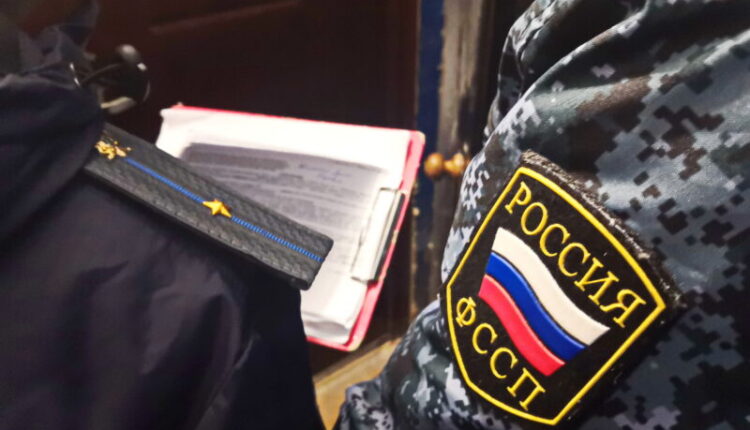 For non-payment of alimony for the maintenance of a minor child 33-year-old resident of Sevastopol will work 40 hours of compulsory work, and the debtor’s mother will receive punishment in the form of an administrative fine.

In the Leninsky bailiff department of the Federal Bailiff Service of Russia for Sevastopol, there is an enforcement proceeding against a man who, by a court decision, is obliged to transfer ¼ of all income in favor of his minor child. Despite the court decision, the parent was not interested in his son, who is not yet 3 years old, did not provide him with financial assistance, did not take measures for official employment due to hostile attitude towards his ex-wife. Alimony arrears amounted to 125 thousand rubles. The bailiff repeatedly took a set of coercive measures against the debtor, such as: restriction of travel outside the Russian Federation, a ban on registration actions in relation to the debtor’s property, restriction on the use of a driver’s license, but the defaulter continued to ignore the court decision and did not appear at the reception to the bailiff. As a result, the employee of the department was forced to issue a compulsory order to bring the debtor , — the details of the story were announced in the press service of the UFSSP of Russia in Sevastopol.

Upon arrival at the place of residence of the defaulter, the door of the apartment was opened by his mother and gave false information about the location of her son, whom she hid in the apartment. For obstructing the legal activities of an official of a body authorized to exercise the functions of forcible execution of executive documents and ensure the established procedure for the activities of courts, she will face an administrative fine in the amount of up to 92 rubles under the Code of Administrative Offenses of the Russian Federation Article 17.eight.

Find out more:  Acceptance of applications for the issuance of certificates for housing for orphans began in Sevastopol

The debtor was issued by a neighbor, after which he was taken to the bailiff’s office to initiate administrative proceedings under Part 1 of Art. 5.35.1 Administrative Code of the Russian Federation (Non-payment of funds for the maintenance of children or disabled parents). The court, having considered the case, imposed a punishment in the form of 40 hours of compulsory work in one of the management companies of the city of Sevastopol.

Enforcement proceedings for the recovery of alimony are under special control of the leadership of the Federal Bailiff Service of Russia in Sevastopol, as they are the most socially significant. We recommend that citizens pay alimony to their children on time so as not to fall into the ranks of debtors, because caring for children is the sacred duty of every parent. You can find out about your debts on the website of the Federal Bailiff Service of Russia for Sevastopol www.r92.fssp.gov.ru in the «Data Bank of Enforcement Proceedings» section.

Source: Press Service of the Federal Bailiff Service of Russia for Sevastopol