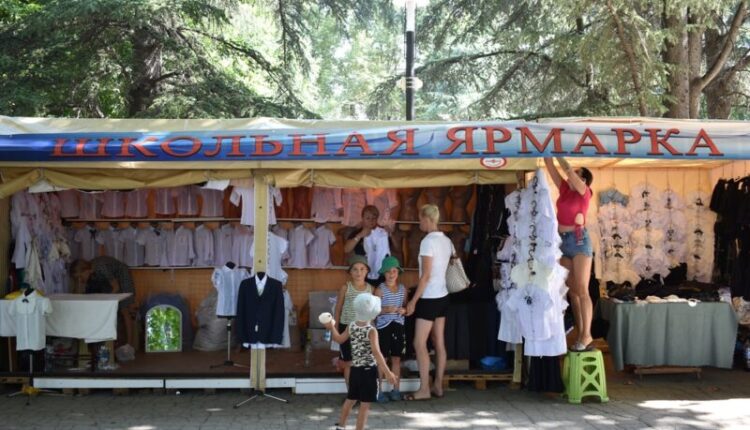 In Simferopol since 08 July on the embankment of the Salgir River, not far from music school them. P.I. Tchaikovsky, the traditional school fair began.

In accordance with established traditions, the fair starts on the first days of August and ends on September 4th. The fair presents goods that are necessary for schoolchildren first of all — these are educational literature, stationery, clothes and other goods , — said Sergey Echmakov, deputy director of MUE Metrograd.

In total, several dozen outlets operate on the territory of the school fair. This year, the priority is the goods of Crimean manufacturers.

The Deputy Director of Municipal Unitary Enterprise «Metrograd» also spoke about the pricing policy at the school fair:

We try to conduct a dialogue with our entrepreneurs in the direction of the maximum price reduction, in comparison with store prices.

Sergei Echmakov noted that the expected decline in prices is due to a serious difference in the cost of renting retail space at the fair and in chain stores.

A specialized fair for the sale of school goods is open in Simferopol daily until September 4, from 6: before 16: .

Are you hoping to win at Stoloto? Beware of scammers: thousands of fraudulent resources are waiting for your money