«Accident» summary of the past week: one person died in an accident on the roads of Sevastopol, 11 were injured 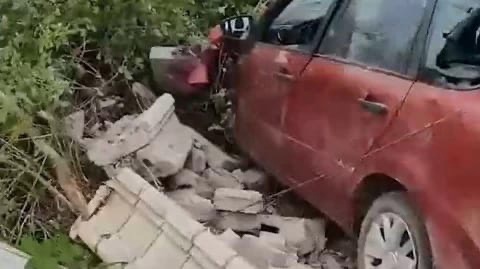 Last week, 9 accidents occurred on the roads of Sevastopol, in which 1 person died and 11 received various injuries, including one minor pedestrian. An eight-year-old child suddenly ran into the roadway in front of a nearby vehicle.

The State traffic inspectorate of Sevastopol reminds parents of the importance of monitoring the behavior of children outside the home and urges them to repeat the rules of safe stay in the traffic environment with minors daily.

Over the past week, traffic police officers have identified 533 administrative offenses, including 35 drivers driving a vehicle in a state of intoxication, 6 of which repeatedly, for which criminal liability is provided, 16 the driver violated the rules for driving a pedestrian crossing, 18 drove into the oncoming lane in violation of traffic rules , — the traffic police reported.

The traffic police of Sevastopol informs:

For four months on the roads of Sevastopol accidents were registered with the participation of drivers in a state of intoxication, in which 2 people died and 16 were injured. In 11 of an accident, the fault of drunk drivers was established .

In the city of Sevastopol, during the same period, traffic police officers attracted 209 drivers for driving while intoxicated; for refusal to undergo a medical examination — 190. For melon offenses, punishment is provided in the form of an administrative fine in the amount of 11 thousand rubles with deprivation of the right to drive for a period of one and a half to two years.

Find out more:  Traffic police - about the accidents of the past week on the roads of Sevastopol

Under article 264 note 1 of the Criminal Code of the Russian Federation «Driving a vehicle while intoxicated by a person subjected to administrative punishment or having a criminal record» for the reporting period attracted 111 motorists. This article provides for punishment in the form of a fine in the amount of 200 to 300 thousand rubles, up to imprisonment for up to two years.

In Sevastopol, there is less than a week before the completion of voting for improvement objects