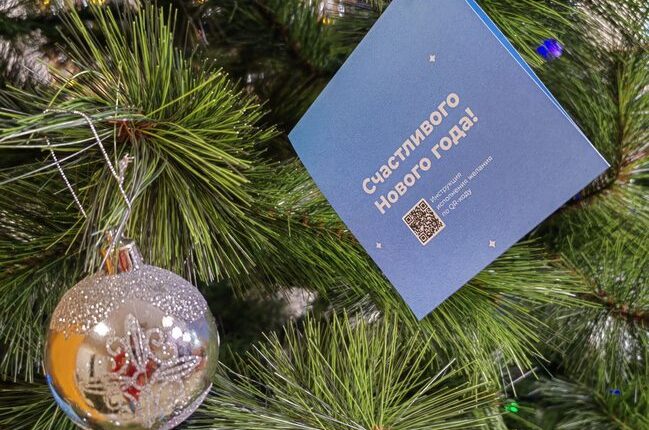 Employees of the International Children’s Center «Artek» joined the «Wish Tree» — the All-Russian action of the «Dream with me» project. On the eve of the New Year, adults from Artek were able to feel like real magicians and do a good deed — to fulfill the dreams of children from different regions of Russia.

The annual charity event «Christmas tree of desires» has been implemented in Russia since 2018 year, it is aimed at to create a New Year’s mood for people who find themselves in a difficult life situation. This year, the Artek International Children’s Center has joined the All-Russian project with the whole team. New Year’s beauties with children’s wishes were installed throughout the «Artek» , — the press service of the ICC reports.

The action united the whole team, both the heads of the children’s center and employees of various structural divisions took part in it

Our maintenance and cleaning department fulfilled the dream of eleven-year-old Aleksey Kuzhil from the Krasnodar Territory — we gave him a smart watch. When we do good deeds, we become better ourselves. It is so important that the children were happy, they believed in New Year’s miracles and goodness , — Irina Alekseenko, head of the department, is sure.

The dream of another Krasnodar child was fulfilled by the employees of the single contact center.

Azaliya Eraleyeva dreamed of a smart speaker. And my colleagues and I tried to fulfill the New Year’s wish of a nine-year-old schoolgirl. I am sure that everyone who took part in the campaign and fulfilled their childhood dream became happier, — said Elizaveta Molchanova, head of the Unified Contact Center.

The counselors of the children’s center also took part in the All-Russian action «Christmas Tree of Desires». For example, the staff of the children’s camp «River» gave little Yaroslav from Yalta a TV set along with a sweet gift.

Find out more:  Artek celebrated the eightieth anniversary of the victory in the Battle of Stalingrad

Traditionally, this year the director of the Artek International Children’s Center Konstantin Fedorenko fulfills the wishes of the children. He filmed New Year’s balls-postcards with the requests of children on the Christmas trees installed in the exhibition hall of Manezhnaya Square and in Artek.

Also, the director of Artek will fulfill the wish of a young Crimean Anastasia Mikheeva from Kerch:

Nastya dreams of visiting Yalta. We will make this dream come true. We will make a unique diving day in Artek and the city of Yalta. Happy New Year! Dear children, dream. And adults will try to do everything to make your dreams come true!

How the Crimean reserves work during the winter holidays: schedule and visiting conditions

In Evpatoria, they intend to equip the square in memory of the heroes of the special…