Authorities of Sevastopol: the situation with coronavirus infection is stable 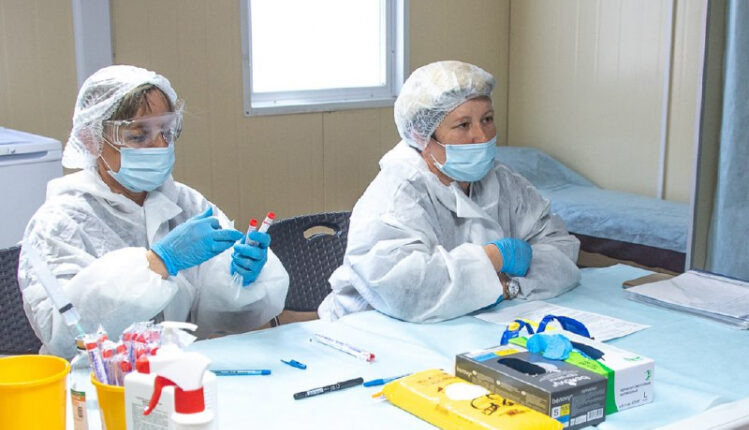 The incidence of coronavirus infection has slightly increased, but remains within the low level. For a week in Sevastopol, a 271 case was detected — this is 31% more than in the previous seven days. At the same time, the number of hospitalized patients decreased — from 156 patients to 152-x.

Growth rates have slightly increased, but the situation with coronavirus is stable. The global trend is on the decline. So far, the incidence in the world is increasing only in the countries of South America, and the high incidence remains in the region of the western coast of the Pacific Ocean, but there is also a decrease in the absolute number , — the press service of the Government of Sevastopol quotes the vice-governor of the city Alexander Kulagin .

According to the official, Sevastopol has one of the best indicators in Russia in terms of the number of residents involved in sports. The city pays special attention to the post-COVID rehabilitation of citizens. Thus, as part of the Governor’s order to ensure the organization of the public health system, free breathing exercises are held. The first event took place today on the summer stage of Primorsky Boulevard «Rakushka». From June classes will be held every Monday and Friday from 9: 30 to 11: 00.

Recall that events to maintain a healthy lifestyle are regularly held in Sevastopol. So, 31 May in : 30 in the summer cinema on Matrossky Boulevard they will show a film about the dangers of smoking and the film “Champions: Faster. Above. Stronger». The screening will take place as part of the Free Breathing project dedicated to World No Tobacco Day. In addition, on Wednesdays and Saturdays, residents of the city can take part in the citywide exercise “Happy Morning!”. During the summer, classes will be held at ten venues throughout the city.

Find out more:  Acceptance of applications for the issuance of certificates for housing for orphans began in Sevastopol
5
Share