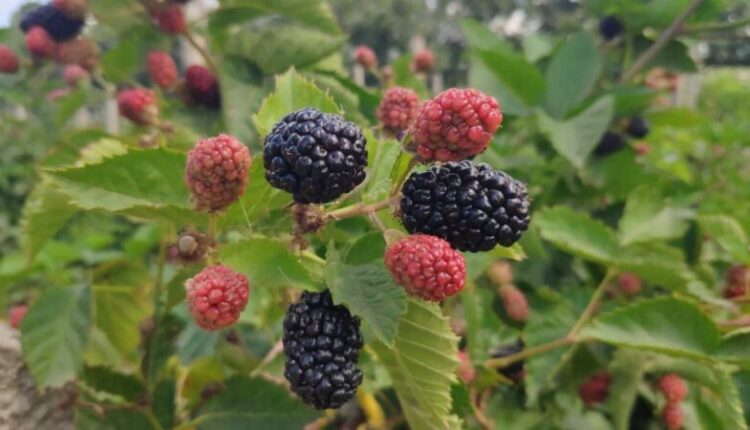 Crimean farmers have started harvesting blackberries. About 15 tons of berries were harvested from an area of ​​about 12 hectares.

The season for picking juicy blackberries has arrived. An area of ​​about hectares has already been harvested. Basically, Crimean agricultural producers grow one of the most popular varieties — Thornfree. It is a dessert variety that ripens late, with large black berries and thick shoots without thorns. 4 agricultural producers are engaged in the production of blackberries on the peninsula. These are both large enterprises and individual entrepreneurs, and peasant farms , — the press service of the Minister of Agriculture of the Republic of Crimea Yuri Migal quotes.

This year it is necessary to harvest the blackberry crop from the area 23 of a hectare. One of the enterprises that grows healthy berries is the IE head of the K (F) Kh E. M. Memishev. In 2019 year, the farm received state support for the laying of 5.4 hectares of this berry. Last year, the farmer harvested his first crop — almost 3 tons of blackberries.

Recall that Crimean enterprises continue harvesting fruit and berry products: open and closed ground strawberries, blackberries, peaches, cherry plums, apricots and cherries. On the territory of the Republic of Crimea this year, 60 enterprises in districts are engaged in the cultivation of fruit and berry products. The largest areas are located in the Krasnoperekopsky and Nizhnegorsky districts.

In Simferopol dealt with illegal traders of watermelons and melons

Officially: there is no food shortage in Crimea