Children who arrived from Ukraine and the republics of Donbass study in Crimea. including on an individual basis 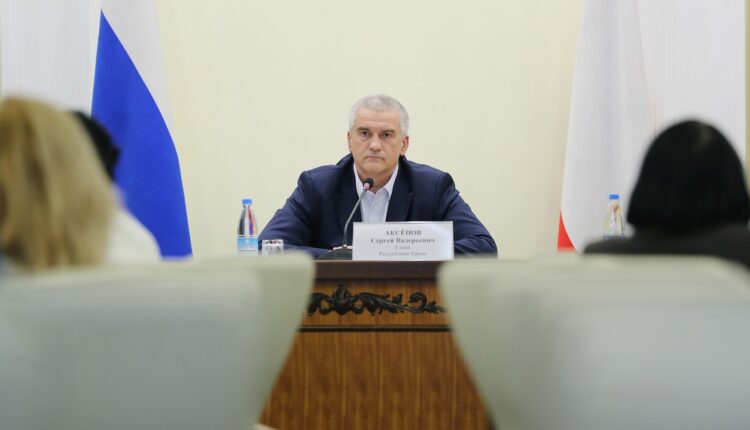 Children who arrived from Ukraine and the republics of Donbass are assisted in organizing their studies in Crimean schools, including individual training. This was discussed at a meeting of the Council of Heads of General Educational Organizations under the Council of Ministers of the Republic of Crimea. The head of the Republic of Crimea, Sergey Aksyonov, also instructed to work out the issue of issuing certificates to graduates from among the children of internally displaced persons, as well as their further admission to educational institutions of Crimea.

For children who arrived from Ukraine and the republics of Donbass, we will assist in enrolling in universities in Crimea, in particular, in KFU and KIPU. If there are those wishing to enter universities on the mainland of Russia, we will work out this issue with the Ministry of Education of the Russian Federation and the rectors of educational institutions , — said the Head of the Republic.

According to Sergei Aksyonov, the Republic of Crimea is also ready to assist in the retraining of teachers from schools in the LPR, DPR, Kherson and Zaporozhye regions of Ukraine.

At the meeting, the Head of the Republic of Crimea Sergey Aksyonov focused on the need to revise approaches to educational work in educational institutions in the current geopolitical situation.

In connection with the intensification of Western propaganda against our citizens, teachers should explain to schoolchildren in an accessible way the events taking place in the country and the world. Children need knowledge of historical truth in order to understand the decisions made by the leadership of the country , — the press service quotes the Head of Crimea.

The results of the preventive measure «Defaulter» in Sevastopol

Officially: prices in Crimea for vegetables of the “borscht” set are lower than in neighboring regions